Still struggling with loss, a caring father and his daughter are moved by the Christmas spirit to connect with their Puerto Rican roots by reaching out to victims of the hurricane.

A father and his eight-year-old daughter, Billie, decorate their Christmas tree for the first time since the loss of Billie’s mother. The news on the radio serves as a further reminder that it won’t be a merry Christmas for everyone. Weeks after the 2017 hurricane in Puerto Rico, residents still struggle with basic needs. Billie worries about her Puerto Rican family, her father manages to reassure her temporarily. Billie leaves a note for Santa before she goes to bed. At midnight, on Christmas Eve, Billie’s father carefully arranges her presents under the tree and reads her note to Santa. Billie has asked Santa to send her presents to the children of Puerto Rico. Her kind-hearted gesture brings her father to tears. Her inclination to help, reminds him of the last time he spent time with his late wife, a U.S. Marine, before she left to serve. As he dozes off, she visits him in his sleep. On Christmas morning Billie awakens to find that “Santa” has written her back a letter. Her presents will indeed go to children in Puerto Rico. 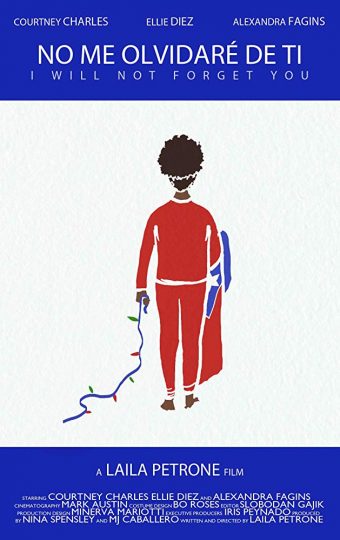 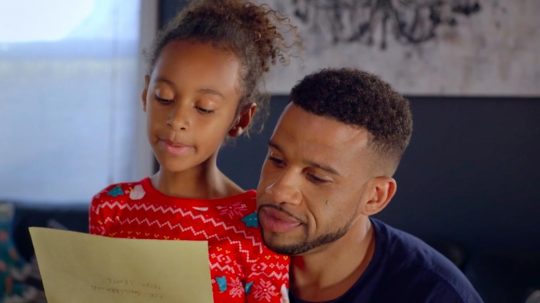