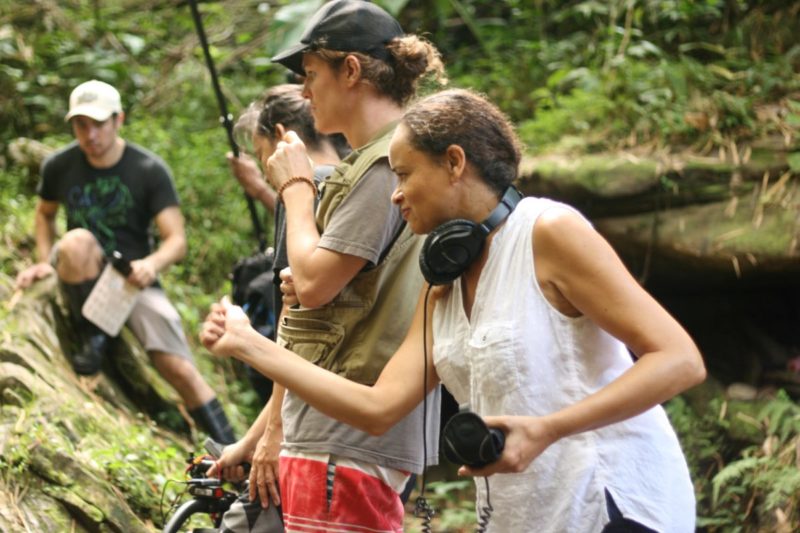 FILMCO: How did you get into filmmaking/ become a director?

JM: I moved to the US when I was 24 and acted in a variety of theatrical productions while in university and even after I started corporate work. I love writing and did a scriptwriting course, but also started to get opportunities to act in films. While acting in a feature film, I nervously showed the director of photography my first short script – his feedback was immediate: “We should shoot it and you should direct!” Up to that point, I had never thought of directing, but it made sense – it was my story – and as someone who had dabbled in art and photography I had a clear vision of how I wanted the film to look; my years of acting experience would make it easy to communicate with and understand my actors. That was in 2005, I went on to create nine short films before deciding to go to film school in London in 2010. The rest is history.

FILMCO: Where do you find inspiration?

JM: Honestly, my inspiration comes from all over. I am curious about the world and human behaviour and am always collecting anecdotes people have told me about their lives. Trinidadian life and culture has so many stories that have not yet been explored in film; I hope that I can tell a few of them at least from a fresh perspective. My first Trinidadian film – made eight years ago – was partly inspired by the fact that I had never seen a local film from a child’s perspective, or one that had folklore elements. I am really happy to see that is now changing!

FILMCO: What are your thoughts on inspiration vs motivation? Do you need to be inspired first or are you motivated to do the work and find inspiration along the way?

JM: If I get the inspiration for a story or an idea, that gives me the motivation and fire to further develop the concept. I am often too busy to be able to motivate myself to just sit down and come up with ideas, but if inspiration strikes, I just run with it.

FILMCO: How would you define the role that a director is supposed to fill?

JM: The director’s role is to take the words and world of a script and bring them to life. Working with all the film departments, art, camera, wardrobe etc, the director helps to create the look of the film. They also work with the actors to help them communicate the story of the film, remaining as true to the script as possible.

FILMCO: What are some of the qualities that make one suitable for directing films?

JM: I feel that having good communication skills and compassion have helped me a lot in directing films. But above all, a director should have a crystal clear vision of what needs to be in place to make certain that the film’s story is told in the most impactful way possible. What has also helped me considerably as a director are my own experiences as an actor and my understanding of the hard work and vulnerability that actors go through to depict a character with honesty.

FILMCO: How did you come up with the idea for ‘Sampson’s Heart’?

JM: I wanted to tell the story of a man coming to terms with his grief. The main character is essentially looking for permission to let go of his pain, and the help comes from an unlikely source.

JM: Once I come up with an idea, I first work on fleshing out a strong middle, beginning and ending. Having run into trouble in the past if I did not have all of these elements clear in my mind. Then I write out what I want to happen in each scene, often on a giant piece of paper so I can see it laid out visually. Then I get to writing the script. The second part of the writing comes through rehearsal using the script as a base, I do different improvisational exercises with my actors to further develop the characters and add nuances to their story. Then I write my final script, but since I also often edit my films, the final polish to the story comes in the final film edit.

FILMCO: What was your first reaction to hearing that you’d won the People’s Choice Award for Best Short for ‘Sampson’s Heart’?

JM: Honestly, I cried. Like any creative person, I live with the hope that my work will be appreciated, but with also a great deal of crippling self-doubt, so to have my film so warmly received meant the world to me. There were many fantastic short films shown at the festival as well, so I feel humbled and grateful for this honour.

FILMCO: Why do you think this film resonated so well with the viewing public?

JM: It was a simple but very human story portrayed by two talented lead actors, Teneille Newallo and Nickolai Salcedo, who brought a real sense of honesty and vulnerability to their roles. Dion Boucaud, who was the director of photography, understood fully the look and feel I wanted and was able to capture the intimate story skillfully.

FILMCO: What were some of your triumphs and challenges faced when working on this film?

JM: Funding was quite a challenge and made filming seem quite daunting. This film only happened when Dion Boucaud, who owns Pixel Play Media, offered to shoot the film and brought a small crew along to help. Getting some great actors on board was also fantastic and we were able to make magic happen. The next challenge was to edit the film in time to meet the festival deadline – I only had two days to edit, but somehow we made it.

FILMCO: What advice do you have for people trying to break into the local/ regional film industry?

JM: Go to the trinidad+tobago film festival and see as many films as you can, or check out the great local films being screened on TTT, and see who are doing things right, also learn from those who are not. Reach out to filmmakers whose work you like and offer to help out on their productions. Collaborate with other up and coming filmmakers, share time and resources, and create your projects. You don’t always need fancy equipment to tell a story; great films are being made on mobile phones! The more you create or are involved in creating, the better you will become.

FILMCO: Who are some local/ regional filmmakers that have impressed you and why?

JM: I have always respected the great body of work done by Danielle Dieffenthaller; Mariel Brown consistently produces documentary productions of exceptional quality; Maya Cozier and Oliver Milne are also ones to watch, they both have unique, fresh approaches to filmmaking.