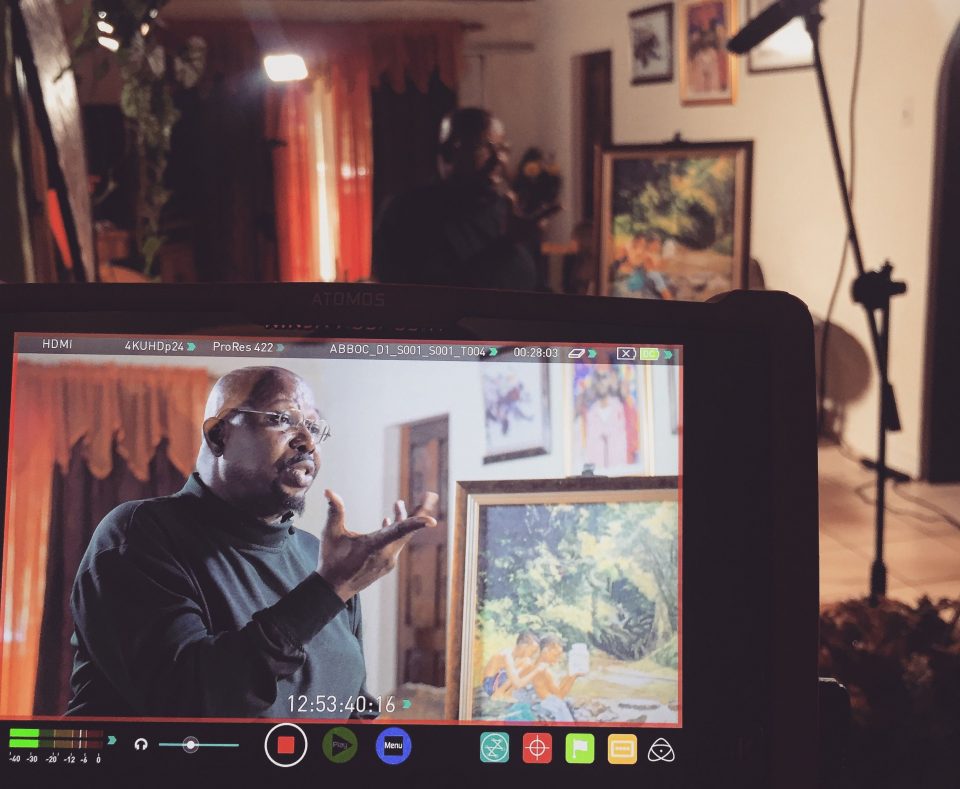 It’s March, and our Twelve Questions interview features documentary filmmaker and founder of “A Big Box of Crayons”, Dhano McNicol. Since 2014, McNicol (a fellow FILMCO member) has created a wide range of platforms to highlight the stories of many of Trinidad and Tobago’s creative makers and thinkers. Some of his work includes the series: “Shades of a Crayon”, “RE: Series”, and “Brand stories”. Along the way, McNicol has established a repository of influential stories by our local creative thinkers and makers. His series, ‘Shades of a Crayon’, will be broadcast on TTT weekly between March 2020 to May 2020.

FILMCO: What initially attracted you to documenting the stories of creative people in Trinidad and Tobago? And what has it been like for you, getting to know and telling the stories of so many amazing creative people?
DM: The genesis of A Big Box of Crayons came from my wanting to find a community of creatives of which I could be a part. I would attend creative conferences abroad and see vibrant creative groups, helping each other get better at their craft. That got me thinking, and I wasn’t able to pinpoint such a group locally. Going through the process of putting together such an event proved to be challenging in a financial sense, and that pushed me to find another avenue to achieve the same goal. So I sat on the idea for three years. During that time, the idea percolated in my head and got wider in scope. I noticed that my daughter started to display an inclination towards creative endeavours, which, as a parent, I wanted to encourage and provide avenues of exposure to the things she was doing – I felt sure there were lots of people her age asking whether a creative career was a viable option, especially when faced with the norm: that a successful life is only possible if you’re a lawyer, doctor, etc. At that point, my goal was (and still is) to build a repository of individuals who execute consistently using their creative gifts as a means to support themselves. I’ve had the opportunity to document the stories of over one hundred creative thinkers and makers of Trinidad & Tobago and the experience has been amazing and rewarding.

FILMCO: Prior to establishing A Big Box of Crayons, did you have a background in filmmaking? If not, how did you learn the skills you needed to make short documentaries?
DM: Before developing A Big Box Of Crayons, I was a long way from calling myself a filmmaker. I started my career (which spans over twenty-eight years) in the creative industry, as a graphic designer. I’m now a creative director. It’s only within the last five years that I would deem myself as an entry-level filmmaker. I’ve been self-taught for the entirety of my career – formal training has never been a part of my journey. Filmmaking is no exception. Everything I’ve learnt to make the short documentaries I do is with the help of the many generous individuals who share their knowledge freely through the university of YouTube. Working alongside a few local filmmakers on commercial projects has also been beneficial in helping me learn.

FILMCO: Who or what have been some of your biggest influences in film/ television in Trinidad and Tobago, and why?
DM: Before my involvement in documenting Trinidad and Tobago’s creative thinkers and makers, my knowledge of the local film scene was almost non-existent. I remember tv-shows like ‘Calabash Alley’ and ‘Rikki-Tikki’ from youth. A movie that comes to mind is ‘Shades Of Grey’. Therefore I wasn’t influenced in any way.

FILMCO: Tell us a bit about ‘Shades of a Crayon’, what is it?
DM: ‘Shades Of A Crayon’ is a series of mini-documentaries featuring creative thinkers and makers from Trinidad and Tobago. During conversations with these incredible souls, we learn about their processes, their struggles, and what drives them to execute continually as creative individuals. The intention is to have the viewer be inspired and informed.

FILMCO: For many filmmakers, when starting a project, resources are often tough to come by. What have been some of the challenges you have faced with ‘Shades of a Crayon’ and how have you overcome them?
DM: I’ve been fortunate to be able to produce ‘Shades Of A Crayon’ by bootstrapping the project out of my pocket. I filmed the first two or three pieces with a borrowed camera. I now own the equipment needed to get the job done at the quality level I’m comfortable putting my name on. I have a ‘day job’, so getting the equipment meant also doing some extra work to cover the cost.

FILMCO: Many filmmakers in Trinidad and Tobago have second or freelance jobs and must juggle their responsibilities. What has been your experience balancing your job at Unicomer with the work you do with ‘Shades of a Crayon’?
DM: Managing my time between working at Unicomer and producing ‘Shades of a Crayon’ hasn’t been trying. I’ve become an avid student of time-management and putting first-things-first. I tend to schedule filming days on weekends, edit at night, and so on. The impact of working that way is my output is lower than I’d like.

FILMCO: If you could imagine an ideal future for ‘Shades of A Crayon’, what would it be?
DM: The ideal future for ‘Shades of a Crayon’ would be that it has a tremendous impact. To me, that means the widest audience sees it, and it inspires action by way of support for the work of our creative people. That someone is encouraged to pursue their path using their creativity to the benefit of themselves and our nation.

FILMCO: Given the knowledge of filmmaking that you now possess, if you could have a conversation with your 16 year old self about pursuing a career in film/ television, what would your advice be?
DM: Having a conversation with my sixteen-year-old self would go like this: “Listen! You’re going to learn how to become a filmmaker. It’s going to be fantastic, know that you don’t need all the fancy gear that you see everyone using, use that cash for something else. Oh, and story, story, story. Don’t forget to double-check that you’re recording!”

FILMCO: If you could collaborate with any filmmaker in the Caribbean region, who will it be and why?
DM: I’m stumped with this one because my knowledge of Caribbean filmmakers is limited. I would say that working on the commercial side, I work well with Oliver Milne, so doing a film project with him should be equally satisfying.

FILMCO: What are you working on now/ next?
DM: I am continuing to document and share our stories. Apart from ‘Shades of a Crayon’ mini-documentary series, I’m also producing a podcast called ‘We Are Crayons – The Podcast’. It’s audio only, and longer-form content, these are accessible via Apple Podcasts, Stitcher and other podcast catchers. All the stories I document are available on abigboxofcrayons.com.

FILMCO: What do you think are the three things we need to be able to build a sustainable film and television industry here in Trinidad and Tobago?
DM: From my point of view, we need the following:
-An accessible platform which will bring together the content and the audience.
-Competent, passionate and determined filmmakers who produce quality work that viewers can support with their cash.
-Education of the general public about the film and television industry and its benefits to our society.