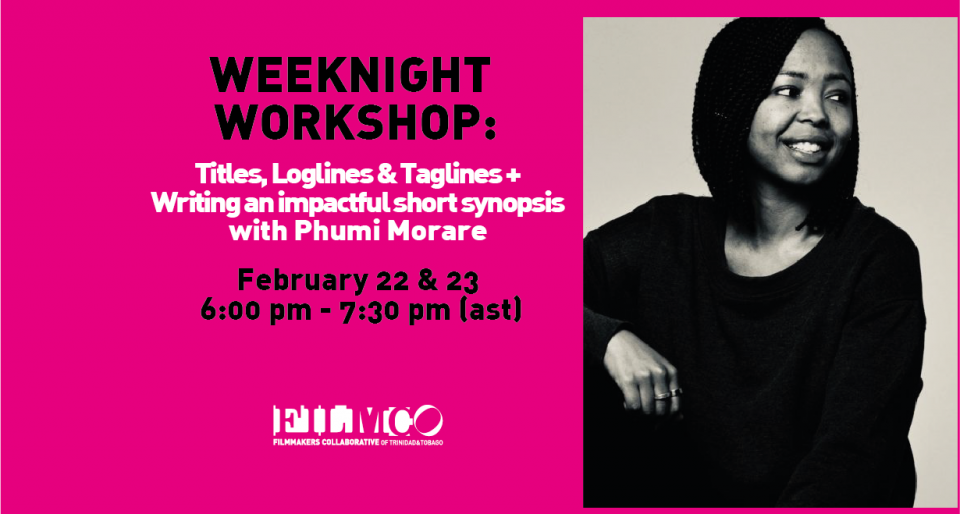 Your film’s title, logline and tagline are often among the first things audiences will learn about your film, which is why getting them right is so important! Established screenwriters, directors and producers can spend many hours drafting and re-drafting loglines and taglines, trying to condense their film’s story to the clearest, most concise kernel. And that’s because they know that these seemingly simple sentences will be used to market their films forever!

Also, of all the things you’ll develop when putting together your film idea, the synopsis is one of the most important. A short film synopsis is typically 50 words long, and you will use it to apply to film festivals, to describe your film on its website, social media channels, distribution catalogues, film festival catalogues, electronic press kits etc (the list could go on!). It is a brief description of the story of your film, including key characters, locations and plot points, and is equally important for documentaries and narrative films. However, all-too-often, filmmakers treat the synopsis like a throwaway line that can be written in five minutes – a practice that can hurt your film.

In this two-session workshop, director Phumi Morare will lead participants through the process of developing compelling titles, loglines and taglines and all the elements that go into writing a good synopsis by interrogating their film idea or vision, and getting to the heart of the story they’re trying to tell and why. Participants will put into practice what they learned during the workshop by presenting their own 50-word synopses and assignments for feedback to make sure participants embed what they’re learning.

FILMCO members/students (with a valid student ID card) can receive a 50% discount on the full ticket price. To receive a discount code, please email admin@filmco.org.

Participants should have a basic understanding of filmmaking but it is not required.

About the Facilitator: Phumi Morare

Phumi is a South African writer/director based in Los Angeles. She is passionate about redeeming the African and feminine identity through cinema. She enjoys exploring the female gaze’s influence on telling intimate, human stories of everyday people. Phumi’s short films have played at international film festivals including Telluride Film Festival, Clermont-Ferrand Film Festival, and the American Black Film Festival. Phumi’s short film, Lakutshon’ Ilanga (When The Sun Sets), is a 2021 Student Academy Award Winner and a 2021 Student BAFTA Award Nominee. It also won the HBO Short Film Competition at the 2021 American Black Film Festival. Phumi’s upcoming project, Why The Cattle Wait, was selected for the 2021 Berlinale Talents Durban program, and the 2021 Tribeca Chanel ‘Through Her Lens’ Women’s Filmmaker Program. Phumi completed her MFA in Film Directing at Dodge College at Chapman University. She freelances as a strategist at Statement Films, a company that incubates African women content creators. Phumi previously worked as a junior producer at a boutique film production company in South Africa where a show she co-created was commissioned by the SABC, the national broadcaster. Phumi uses her skills from her background in investment banking at Goldman Sachs in London and management consulting at McKinsey & Company towards film financing and strategy.