She Paradise: coming soon to a Movietowne near you! 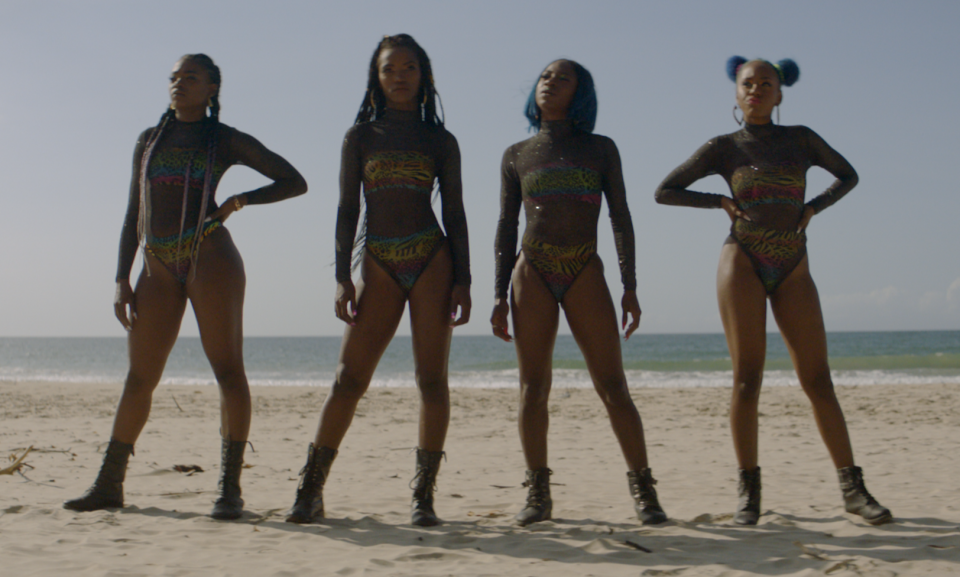 Following its world premiere at the AFI Festival and successful screenings at Tribeca Film Festival and BAM among others, FILMCO is delighted to announce that ‘She Paradise’ will have its homecoming theatrical premiere at MovieTowne Port of Spain and San Fernando, April 25th. Directed by T&T filmmaker, Maya Cozier, ‘She Paradise’ is a coming of age story that follows Sparkle as she joins a soca dance group and finds an opportunity for friendship and escape.

In a recent Loop interview, director, Maya Cozier remarked that festival audiences: “Fell in love with the sisterhood. What really struck the most was that everyone that I spoke to said that they were rooting for the lead character and that they empathised with Sparkle and connected with her story and really wanted to follow her throughout.”

‘She Paradise’ received crucial seed funding in Trinidad from the ‘Take One Feature Film Grant’, a programme of then Ministry of Community Development, Culture and the Arts.

Reviewed on the film industry website, The Playlist, writer Robert Daniels noted that: “‘She Paradise’ is a love letter not only to the autonomy of a young Black woman but the culture of a proud island nation, too.”

FILMCO: The Filmmakers Collaborative of Trinidad and Tobago, is partnering with US distributor, Samuel Goldwyn Films, on the T&T theatrical release of ‘She Paradise’; the run will start Monday April 25th and will continue at MovieTowne (Port of Spain and San Fernando) through to Thursday May 5th. This is FILMCO’s third theatrical release, which forms a core element of the organisation’s distribution offering.