Notes from The European Film Market 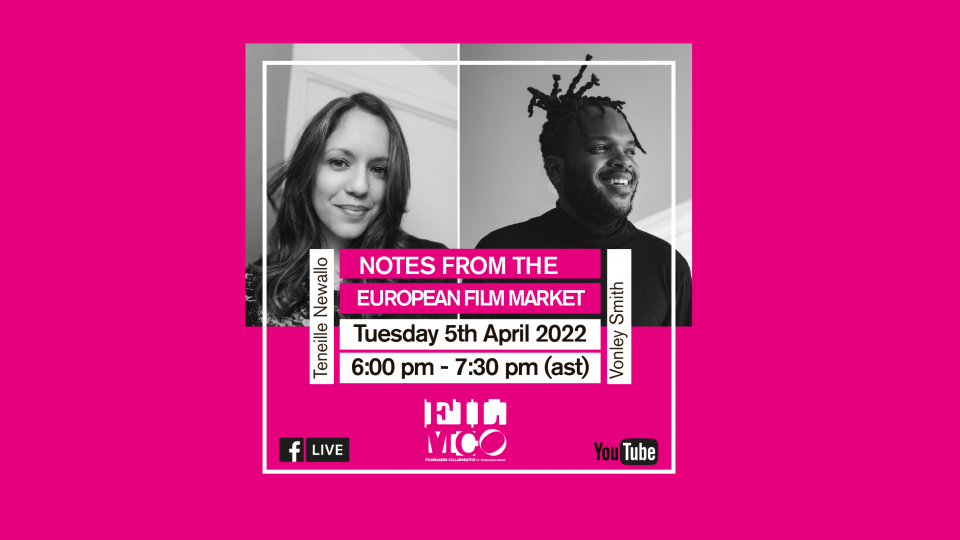 The European Film Market (EFM) is one of the top three meeting places for the international film and media industries. Around 10,000 representatives – primarily producers, buyers and sales agents, distributors and financiers – come together to network, exchange and do business over an eight day period. FILMCO and ttff in partnership with EFM were pleased to have facilitated the participation of two filmmakers for the EFM Documentary and Fiction Toolbox programmes and two filmmakers for market badge access.

Vonley Smith (Barbados) with his documentary ‘Voice of the Ocean’ and Teneille Newallo (Trinidad and Tobago) with her film, ‘La Diablesse’ were selected by a small committee of Board members convened by FILMCO for the Documentary and Fiction ToolBox programmes respectively. Now that the EFM is over, we have asked Vonley and Teneille to share their experiences and key learnings with the wider Caribbean film community. From preparing the necessary documentation to strengthening pitching skills to tips on connecting with potential financiers for their projects, Vonley and Teneille will share the benefits and lessons learnt from their EFM experience.

Teneille Newallo is an award-winning filmmaker, actor and thriller screenwriter from Trinidad & Tobago. With a BFA in theatre performance (graduating summa cum laude) and years of experience on stage and on screen as both a TV host and an actor, she has starred in, produced and written multiple breakout films for her country and has also been featured in several music videos. Teneille is the writer and producer of “The Cutlass” 2016, a breakout film for Trinidad & Tobago that became the second film from her country to ever have a theatrical release throughout the Caribbean- the first was a film she starred in called “Bazodee”. The last film she directed, “Mangroves”, won the People’s Choice Award at the Trinidad + Tobago Film Festival in 2018. In 2019 one of her scripts was the winner for best TV Pilot Script at Oaxaca Film Festival, was a top 5 finalist in New Orleans Film Festival screenwriting competition and was selected to pitch at TIFF through the Caribbean Tales Incubator Program. In 2020, she placed as 1st runner up in the ScreenCraft Virtual Pitch Competition and was selected as a finalist in the ISA Virtual Pitch Challenge. She also made it to the finalist round of the Impact x Skydance application review for their Contemporary Horror call in 2021 and was recently selected to attend the 2022 edition of the European Film Market’s Fiction Toolbox where she workshopped her film “La Diablesse”.

Vonley W. Smith, is a Caribbean filmmaker and storyteller born on the island of Barbados, his work integrates the unspoken tension and lived realities of Caribbean people. From the early age of 14, Smith began producing AMVs (animation music videos). His work in the AMV circuit was recognized across the globe generating thousands of YouTube views and subscribers. Smith continues to then establish his name in the local film industry, studying for his Bachelors in Fine Arts majoring in film.His latent talent was forged, and what emerged was a cultural practitioner who told stories of underrepresented groups and highlighted the cultural consciousness within his community making him a household name in Barbados. He received Barbados’ highest local awards,along with becoming the victor of the 48hr Film challenge and also became the Winner of the Caribbean Broadcast Media and LiveUp/UNAIDS HIV “Man Up” Video Competition. His short films have been screened at regional and international film festivals, including Trinidad and Tobago Film Festival (2017), Hairouna Film Festival (2021) and Caribbean Tales International Film Festival (2021). Vonley is currently working towards his debut feature film.