INFO SESSION: HOW TO SURVIVE A MOVE TO HOLLYWOOD 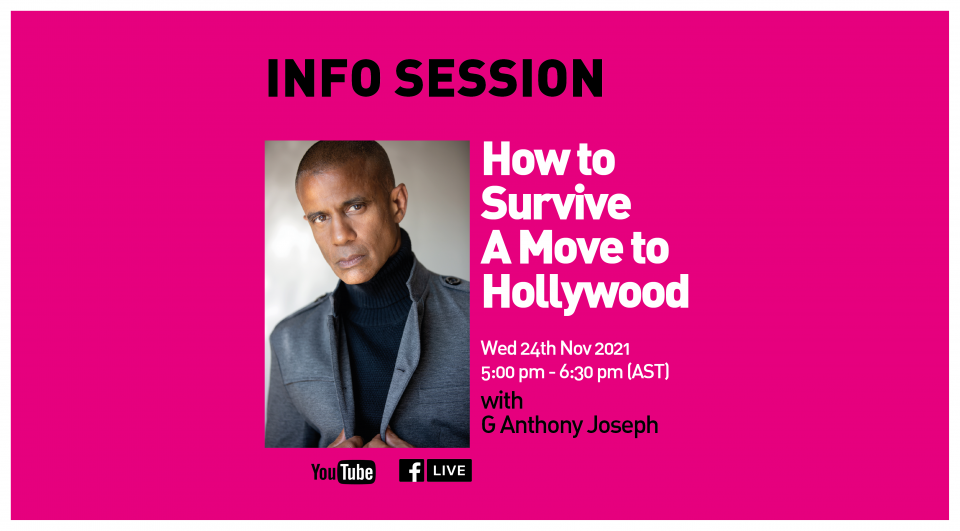 Caribbean filmmakers are often looking for ways to expand their career into international waters but producing a film in the US has its differences to filmmaking in the Caribbean. In this 90-minute Info Session, experienced indie producer, actor, martial artist, and writer G. Anthony Joseph will walk participants through his path to becoming a thriving professional in Hollywood, giving tips and insights into how you can further your career and showing examples of what NOT to do on your journey into international waters.

‘G’ as he’s fondly known, has written on 4 productions, produced 7 films, and has 17 acting credits to his name. He’s known for films like “Men of Gray”, “Flight of the Ibis”, “Backlash”, “Contract Killers” and “Limbo”.