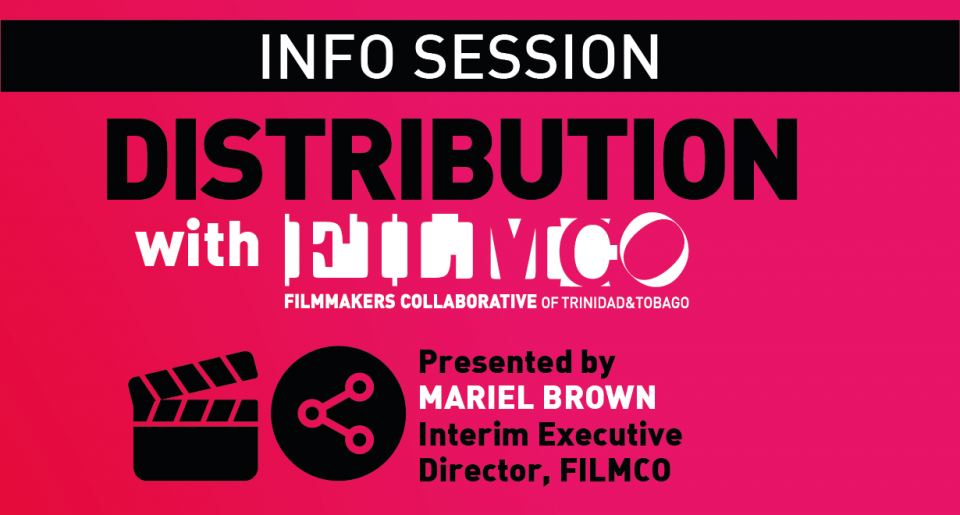 For filmmakers, securing distribution for their films is a wonderful achievement that can help to further their projects.

Producers must think about their distribution plan and strategy in the early stages of their films. But in today’s world with the continuous birth of new technologies, they must also become lifelong learners concerning new and emerging distribution avenues.

The Filmmakers Collaborative of Trinidad & Tobago is pleased to host an one hour Info Session on distribution with FILMCO for filmmakers. In this interactive Facebook Live Info Session, presenter Mariel Brown, interim executive director of FILMCO, will share pertinent information on distribution options through FILMCO for filmmakers. Mariel will discuss the distribution process at FILMCO and welcome questions from our Facebook audience to help content creators have a clearer understanding of distribution with the Filmmakers Collaborative of Trinidad & Tobago.

About the Facilitator: Mariel Brown

Mariel Brown is an award-winning filmmaker and director of the creative and production companies SAVANT and SAVANT Films and a co-founder of the filmmaker organisation, FILMCO. Mariel has been working in film and television since 1997. She is committed to uncovering and documenting the Caribbean’s rich history and culture, and is especially interested in exploring the lives of its often-unheralded artists and writers. Mariel’s most recent film is the feature length documentary, “Unfinished Sentences”, a personal exploration of her tumultuous relationship with her late father, writer Wayne Brown. Mariel is a four-time trinidad+tobago film festival award-winner, and both her film and television work has won awards locally and internationally.