Financing your Project: From Script to Screen with Kareem Mortimer 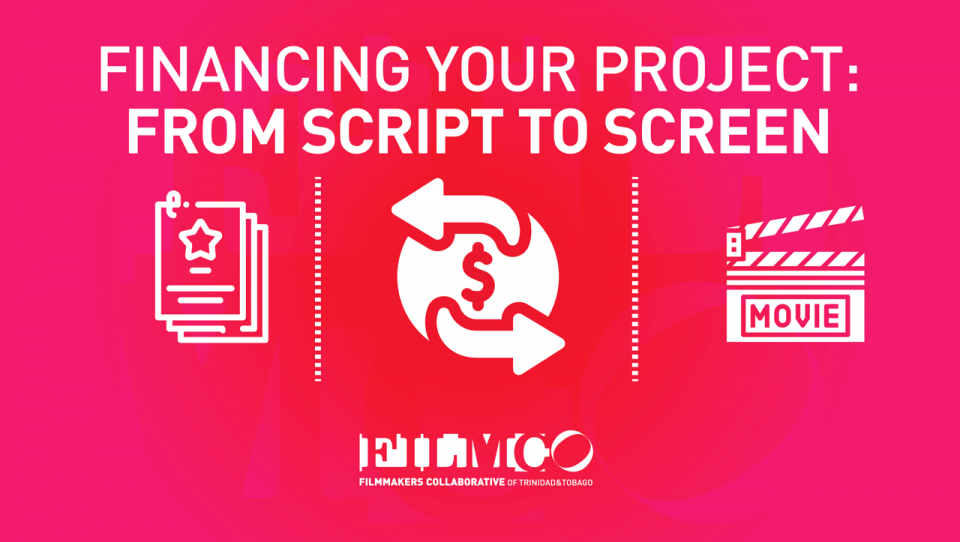 Now that you have your script and your project is ready to go, what’s the next logical step? Finding the capital to produce your work, of course! What are the various processes involved in pulling the funding together? Most independent filmmakers find this the most challenging part of the process.

Award-winning Bahamian filmmaker, Kareem Mortimer, has been involved in the financing of 10 films: four narrative features, four narrative shorts, and two documentary features. He has employed various strategies to finance each project. Kareem will guide participants through the nuts, bolts, and pitfalls of film financing and how to get your project funded and made!

Participants can also pay for the event via online bank transfer. You must sign up for the full course and pay fees in advance of the first session. If you’re a student or FILMCO member, please email us at admin@filmco.org to receive a discount code or for more information on bank transfers.

On the second day of the course, we will have an in-depth look at some case studies,as Kareem walks us through the financing of his various projects:

Kareem J. Mortimer is a Bahamian director and filmmaker. Over the past decade, he has won over 30 awards including two Icon Awards, a Black Reel nomination, and an African Movie Academy Award. His work has been distributed in over 50 countries and includes his coming of age debut feature, Children of God, which had theatrical exposure in the UK, Netherlands, and the United States; it was broadcast on Showtime and won 18 festival awards; the family comedy Wind Jammers, and most recently, Cargo, which won five awards and has been theatrically released in ten countries across Latin America and the Caribbean Basin. Cargo has also been picked up in ten additional countries for digital release, including China. His short films include the ten-time award-winning Passage, which has aired on PBS, AsPire, The World Channel, Trinidad and Tobago Television; and Float,  which has won five awards and been broadcast on LOGO and TTT. Two of Kareem’s titles are being distributed by FILMCO. He is the president of Best Ever Film and is currently working on his next feature.

View Event Here Note: Participants must sign up for the full course, and pay fees prior to the first session.
Register Here Note: There are limited spaces