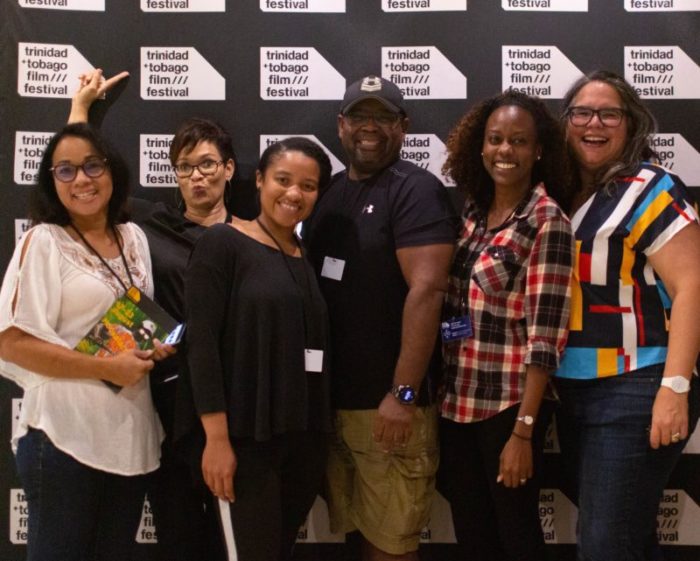 On Wednesday 21 August, during his usual welcome address at trinidad+tobago film festival’s signal event, the world premiere of ‘Queen of Soca’, Festival founder and Director, Dr. Bruce Paddington, announced that we would be leaving the Film Festival to pursue other projects. In so doing, he passed the baton of the festival FILMCO: the Filmmakers’ Collaborative of Trinidad and Tobago.

“Now is the time to pass the baton over to four talented and committed members of the Filmmakers collaborative who will take over the management of ttff (and in fact have been undertaking this role for much of ttff 2019),” Paddington remarked. “I will be available as a consultant or Professor Emeritus and hope to continue to co executive produce another three local feature films as part of the activities of the not for profit New World Film Centre…”

Following Paddington’s speech, the new interim director of ttff, and founding member of FILMCO, Mariel Brown, observed that, “We have huge shoes to fill! Over the fourteen years of its existence, the film festival has built a beloved and established brand that mans a great deal to very many people (including me). Thank you Bruce, for your vision and determination. Thank you to the incredible team you helped put together: Annabelle, Melvina, Emilie, Marina, Jonathan, Magella, Nneka, Melanie and so many more. I promise, we’ll do our level best to maintain and build on what you have created. And we look forward to the 15th anniversary of the Festival, which we’ll celebrate in 2020!”