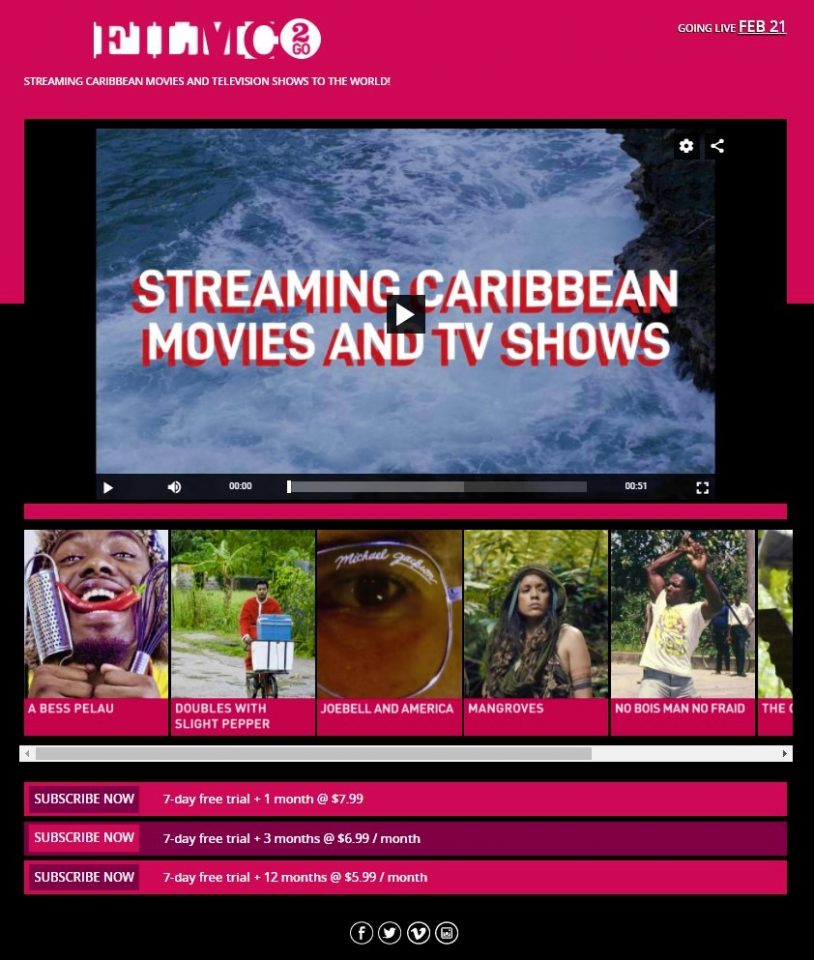 Port of Spain, Trinidad, Wednesday 27th January 2021: FILMCO and Tego are excited to announce the launch of a new Caribbean streaming platform, FILMCO2Go, streaming Caribbean films and TV shows to the World! Accessible through filmco.org/filmco2go, the platform is subscription-based, and will go live on February 21st.

Tego was launched in 2018 with a joint venture to deliver the FIFA world cup to mobile users around Trinidad and Tobago. Since then, it has widened its remit, becoming Tego TV, an O.T.T platform that delivers Caribbean film, television and live broadcast content to viewers around the world on Mobile and TV connected streaming devices.

“…with our partnership with FILMCO,” comments TEGO CEO, Jason Mulrain, “we’re introducing our first ever premium package, FILMCO2Go, a subscription-based package delivering independently produced Caribbean movies and television shows, most of which you won’t find anywhere else.”

“At the heart of FILMCO’s mandate is the goal of creating a more sustainable ecosystem for film and television professionals here in Trinidad and Tobago and around the Caribbean,” notes FILMCO Interim Executive Director, Mariel Brown, “and a thriving distribution landscape is crucial to this. FILMCO2Go powered by Tego marks a major milestone in our efforts to get Caribbean audio visual content to audiences around the world!”

As with other subscription-based platforms such as Netflix and Amazon Prime, FILMCO2Go is available for a monthly subscription fee, and during the life of the subscription, users around the world will be able to watch as much content as they want, as many times as they want!

When the platform goes live on February 21st, 2021, subscriptions will be available through filmco.org/filmco2go as follows:

New content will be added to the platform on an ongoing basis, and users can expect to see long time favourites such as Westwood Park and The Reef, along with new, award-winning independent documentary and narrative films with a Caribbean focus and produced by filmmakers and producers from around the Caribbean and diaspora.