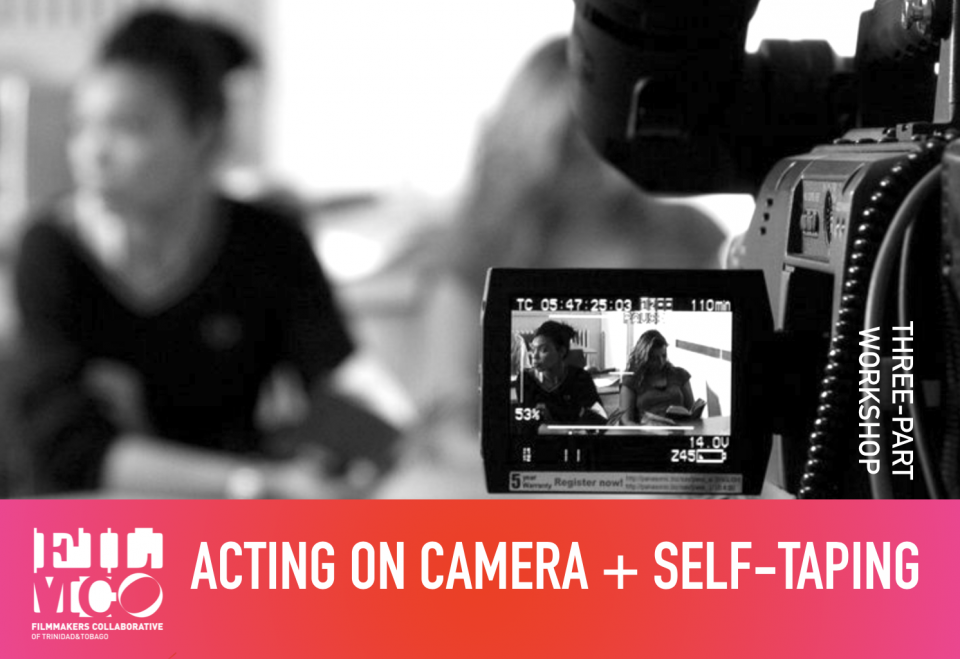 This three-part acting workshop will explore the fundamentals of acting on camera, and finding imaginative and creative expression in the moment while maintaining honesty. Pryce and participants will explore fundamental concepts of full body listening, actions and objectives; the use of the breath to unlock emotion; physical storytelling on camera; interpreting the director’s notes; the use of eye line and various other camera techniques. This workshop will also explore the basic dos and don’ts of self taping for an audition or for general practice.

Acting On-Camera and Self-Taping is for actors with an interest in working in front of the camera, or those seeking to move from theatre to film. It is also geared towards highly motivated beginners and/ or experienced actors who would like to refresh their on-camera fundamentals.

FILMCO will also open the final session of the three workshops for viewing by local/ regional directors and screenwriters, in the hopes of creating an environment for critical observation that can benefit all involved.

Participants can also pay for the event via online bank transfer. You must sign up for the full course and pay fees in advance of the first session. If you’re a student or FILMCO member, please email us at admin@filmco.org to receive a discount code.

Writer and producer, Paul Pryce is also a professionally trained actor. Pryce’s career includes iconic Shakespearean roles in theatrical productions of Hamlet, Julius Caesar, and Othello. He later transitioned his stage acting career to on-screen roles in television series such as Netflix’s “Jessica Jones” and A&E’s “Unforgettable”, all the while developing his off-screen career as a producer. Pryce’s debut film, “Come Out, Come Out” premiered at the Cannes Short Film Corner in 2017 and was quickly followed up by his film, “The Deliverer” – the latter was successfully screened at multiple film festivals around the world, including the trinidad+tobago film festival and Montreal International Black Film Festival.

WEEK 1: FUNDAMENTALS OF ON-CAMERA ACTING (2 hrs)
Exploring the fundamentals of on-camera acting by applying it to scene studies specifically tailored to screen acting.

WEEK 2: EXPLORING SELF TAPE TECHNIQUES (2 hrs)
Exploring self-tape techniques and the equipment involved in creating a seamless tape. Participants will be given the opportunity to record themselves on tape.

WEEK 3: CRITICAL DISCUSSIONS OF RECORDED SELF-TAPES (2 hrs)
Applying critical audition structure to participant recorded self-tapes and facilitating a discussion around each final product. To include directors, screenwriters and fellow actors.

Note: Participants must sign up for the full course, and pay fees prior to the first session. There are limited spaces, so register now!