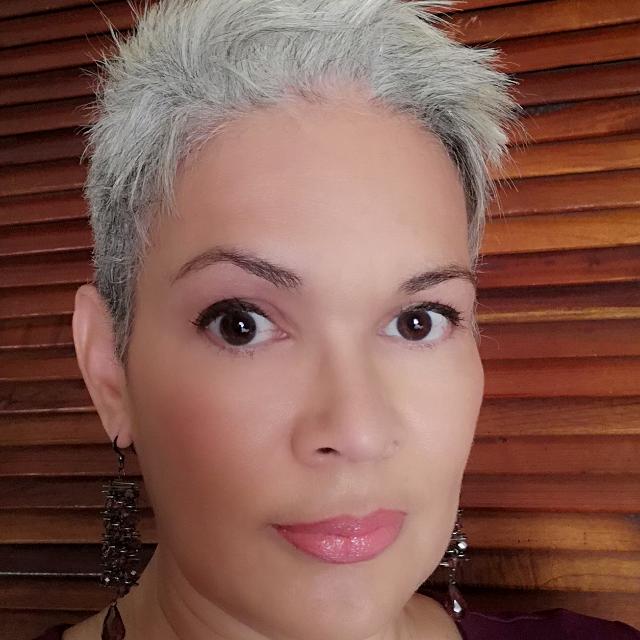 For an award-winning producer, Tracy Farrag didn’t get her start in the film industry like most others. After dabbling in radio, she first moved abroad and became a wife and mother. It wasn’t until she returned home to Trinidad that Farrag began to write and produce videos. Upon realising her passion for children, she saw the impact film could have on them. Now, this producer of the successful children’s feature film, “Sally’s Way“, admits just how much she enjoys the process of working in film and the deep respect she has for every role on a film set.

FILMCO: What first attracted you to filmmaking?
TF: It wasn’t attraction, I was tossed in. Many years ago, Tony Harford [veteran sports broadcaster] insisted that I produce a series of radio programmes for him. I think a lot of people in media got their start with him. Then I got married and moved abroad and focused on being a wife and mother. Years later when I returned home, Tony encouraged me to write and produce videos.

FILMCO: You hold a Bachelor of Education with a specialization in Guidance and Counseling. What led you to pursuing this degree and how has this knowledge impacted your decisions as a filmmaker?
TF: Motherhood changed my life. In many ways I was adrift, and it provided my first real anchor. It was a joy to relive ordinary experiences through the eyes of my growing son and a deep passion for children blossomed in me. I think I wanted them to discover themselves and their passions earlier than I did, and I wanted to nurture in them a desire to be life-long learners. Having people see their most authentic selves through film is always the motivation.

FILMCO: You have worked in multiple areas on a film set. Can you tell us which position was the most challenging and why?
TF: I have deep respect for each crew member’s job. On Robert Macfarlane’s “Same Old Shit”, I worked as the boom operator. You would imagine the task is all physical but to be good it requires knowledge about each scene, focused attention and a dash of quick thinking. And SOS was a short!

FILMCO: Can you tell us about other experiences in the work field outside of filmmaking and how they’ve helped you on your journey to becoming a filmmaker?
TF: I worked as a flight attendant with BWIA and on the set of “Sally’s Way” I handled craft and catering too. Apparently, the level of service was something the film crew had not experienced before. But I loved treating them well while sticking to a tight budget. On hot days I would take Pennacool around and ask, “Yuh sucking?” lol. BWEE also taught me the value of teamwork and getting the job done. And teaching underscored the value of storytelling. Keeping a class of 8-year olds engaged is a small miracle.

FILMCO: Which areas of filmmaking do you find to be the most rewarding and why?
TF: Without a doubt it’s writing for me, but I have enjoyed every role that I performed. The energy of the team, the common goal and the birthing of an idea is an act of creation that never loses its allure for me.

FILMCO: Do you have a preference between narrative and documentary filmmaking? If so, why?
TF: Documentary filmmaking does have the edge. I love the research and finding the threads of the story that are obscure or unexpected. That “aha” moment of discovery gives me a natural high. And we have so many amazing untold stories in T&T.

FILMCO: Apart from working on local productions, you’ve been the locations manager for the Piarco International Airport, for the Trinidad Leg of “The Amazing Race” and a project coordinator with Coachella for their feature on Calypso Rose. How does working on an international production differ from working on locally produced films?
TF: In one word, SCALE. The ATA Carnet for “Amazing Race” was mind-boggling! And it’s business all the way. I think Trinbagonians know how to work AND have a good time doing it too. That being said, working with the crew from Coachella was a natural fit. I don’t know if that’s a California thing or a Coachella thing. Paul Tollett, co-founder and CEO of Goldenvoice, is such a cool guy, maybe it’s a trickledown effect.

FILMCO: Can you tell us about your journey to co-producing the award-winning local film “Sally’s Way”?
TF: What a trip! With a team like Joanne Johnson and Louris Lee Sing, it was easy to feel unstoppable. And I think people felt that when we would pitch the project to potential sponsors. We had an incredible crew too. It was a steep learning curve for me but Louris was quite accomplished in film already and Joanne is the quintessential planner.

FILMCO: What is the biggest lesson you learned producing a feature film?
TF: Three producers are better than one! Each producer bringing their particular set of skills and resources meant the workload was shared. And the stress. It also meant we could approach challenges with greater diversity in our thinking. There were some amazing synergies that arose.

FILMCO: What is your favorite local film (other than your own) and why?
TF: Can I choose two? They would be “Bim” and “Play The Devil”. I feel like they are unapologetic in how they portray us. We getting there, but I think we still not totally invested in the belief that “who we are” is a story worth telling. I’m heartened though by all our Caribbean authors who are finding success with their novels written with their local dialect.

FILMCO: What is your advice to new and emerging filmmakers who are interested in entering the field but may be a bit hesitant?
TF: Volunteer. The industry is small and with little resources. People will be happy to have an extra pair of hands and you will be given the golden opportunity to learn.

FILMCO: What’s next for you?
TF: I’m really blessed to be working with some more amazing women. This time a documentary, “1990”.  Mariel Brown is a powerhouse. If I likened her to the architect, then Lesley-Anne Macfarlane is the structural engineer and Soraya Moolchan is cement spread between the brickwork.