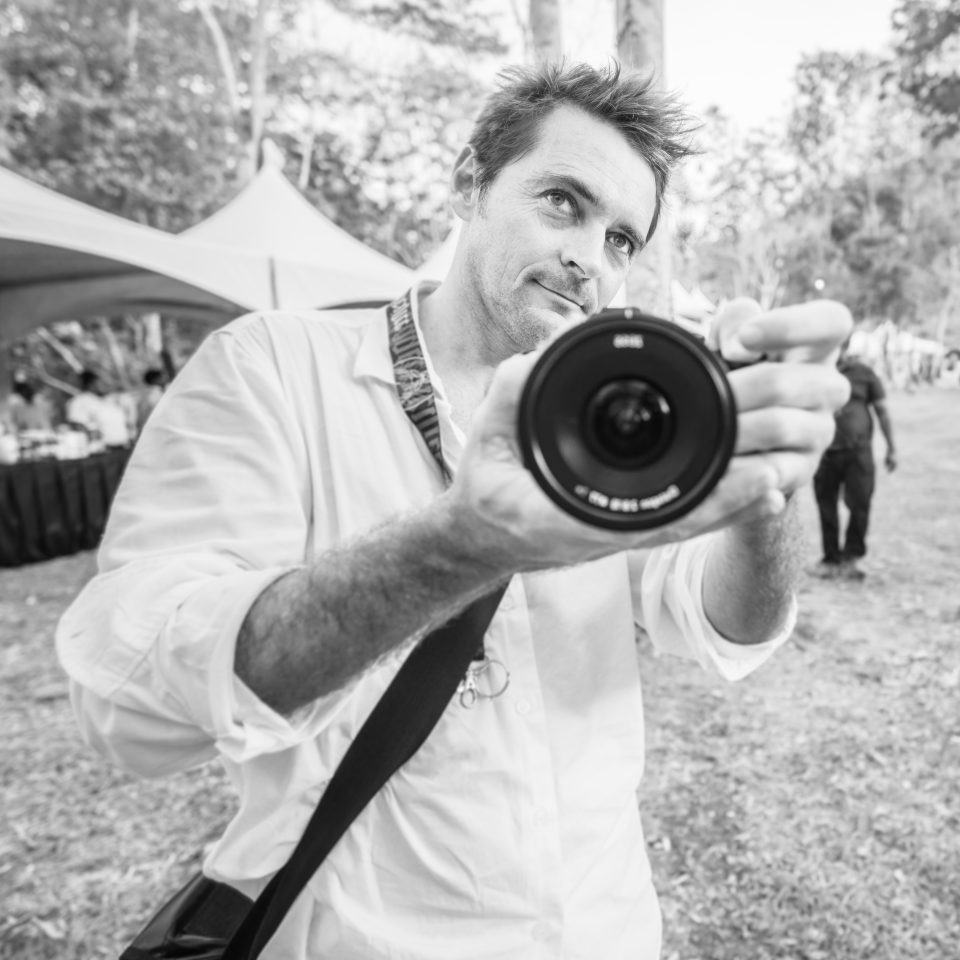 Our featured filmmaker for September recently won the awards for Best Documentary, medium length and Best Trinidad & Tobago Film at the 2020 trinidad+tobago film festival, which ran online from September 9th to the 15th. Miquel Galofré is a prolific filmmaker from Barcelona who has called Trinidad and Tobago home for the past ten years.

Miquel aims to give a voice to the voiceless in society. His films deal with issues of social justice and try to broaden our understanding, of communities and individuals often seen under a certain light, such as those who are imprisoned and the homeless. His most recent film is the documentary, “I Don’t Call It Ghetto”, which won the afore-mentioned awards at ttff/20. He directed the award-winning trio of Jamaican documentaries “Why Do Jamaicans Run So Fast?” (2009), “Hit Me With Music” (2011) and “Songs of Redemption” (2013). Together, his films “Songs of Redemption” and “Art Connect”, the latter telling the story of a group of students from Success Laventille school in Trinidad, have received more than 20 international awards. With ten Caribbean films in ten years, he currently works as creative director at T&T Rocks.

FILMCO: You say to ‘capture the heart’ is your passion. How did this passion first manifest itself?
Miquel Galofré: Since I was a kid, I have always been interested in finding out about real deep things; the soul, feelings, the truth, emotions, the heart. It was always my passion or maybe my obsession. I remember I couldn’t even enjoy cartoons. It’s still hard for me to find the time to enjoy fantasy or superhero movies. Trying to understand real life and human beings has consumed most of my time and it didn’t allow me to spend much time with fantasy or fiction.

FILMCO: Your documentaries tell very personal stories of different people’s life experiences. Has there been a person/story that has especially resonated with you? If yes, then how so?
MG: It impacted me a lot filming the prisoners in Jamaica. Getting to know them deeply and understanding that they were victims with traumas was shocking and hard to digest. Feeling empathy and a connection with criminals made me reformulate this habit we have of putting persons in two groups; good people or bad people. I think it is more about people with bigger or smaller problems.

FILMCO: What brought you to the Caribbean? Tell us more about your journey from Spain to Trinidad & Tobago.
MG: In 2009, Studio Film Club, a super cool underground cinema run by artists Peter Doig & Che Lovelace, showed the first documentary I directed, ‘Why Do Jamaicans Run So Fast?’. I wasn’t there but I heard the screening was very successful and it called the attention of the T&T Film Festival. They programmed the film the following year (2010); I joined the festival and instantly felt in love with Trinidad. During that week I met a lot of nice people and visited a super cool and modern advertising agency called AboveGroup that really called my attention. Two supercool guys, Gareth and Alex, were the directors of that magical place surrounded by a lot of young and talented artists loaded with passion. My mind started to fantasise about the idea of moving to T&T to work with them, and a few months later that dream came true. I moved to Trinidad in 2011. The original plan was to spend six months here but, ten years after, I’m still here. Still in love with these twin islands and very happy to call them home.

FILMCO: Your films touch on subjects such as culture, crime, socio-economic status, etc. What do you hope to achieve by telling these stories?
MG: I like to share stories that can have an emotional impact on the audience. Everyone has a heart and if you can touch it, it might help to make them question things and it can be a useful way to deactivate some stigmas. If we all can keep an open mind, and cultivate compassion instead of hate, a lot of problems would get small very quickly.

FILMCO: To ask one of your own questions: where does your inspiration come from?
MG: From real life, from people I see around me. Walking the streets or the beaches with a small camera taking photos of people forces me to look around, to pay attention and to interact with people we usually don’t. There’s endless inspiration, love is all around and there are awesome people everywhere. Just stepping out the comfort zone to be able to meet them feels really good and opens windows to new things.

FILMCO: Tell us a bit about how you work: how do you know you’ve found the right subject to pilot your films?
MG: If it clicks inside of me, if I’m in love with the character, if I want to know more, if I feel people can identify with them, if it brings hope… then my empathy explodes. I feel everybody should know about it and I try to make a film to share the story.

FILMCO: You’re a prolific filmmaker – how do you manage to keep making films (both financially and physically)?
MG: I’m very passionate, empathetic and a dreamer. When I believe my dream, I’m so committed to it that it usually happens. And to be honest, work has been my life. I think filming has been like a therapy for me. I grew up as a sad kid missing my parents with the trauma ‘I don’t deserve to be loved’ and with no skills to express my feelings. This is a terrible common trauma; I keep finding it everywhere. From a prison to a school. Filming all these stories, helping the films’ subjects to talk about it, sharing it with the world. It has been so inspiring that it was always my priority. Every time I saw a chance to make a film in that direction, I would put my 200% to make it happen. Then financially, it’s very difficult. If it’s not your priority and you are not willing to work a lot for very little money, the film is probably not going to happen. But if you see a chance to tell a story, you feel you need to do it and money is not the main goal, what can stop you?

FILMCO: What or who are some of your major creative influences?
MG: I really enjoy following genius photographers on Instagram, especially street photographers. It’s truly amazing how we can have access to all this great work in the palm of our hands. I also love independent films more than big mainstream productions. There are two filmmakers I’ve been following for years and they never disappoint. Much respect to Fatih Akin and Nuri Bilge Celyan.

FILMCO: From conception to today, how has T&T Rocks shaped you as a filmmaker and vice versa?
MG: It actually made me evolve from a documentary filmmaker to a photographer. When I landed here, I didn’t even have a proper still camera. Then technology changed and suddenly the best affordable video cameras were photo cameras. I started experimenting and the love and passion for photography grew so much in me, that today, I prefer photography than film. I became a professional photographer here in T&T. Life is full of magical moments around us and photography allows us to immortalise them. What can be greater than that?

FILMCO: Of all the places in the world and considering everywhere you’ve worked, what keeps you here in Trinidad/ does T&T still rock?
MG: I traveled filming in almost 50 countries and there’s only one place I didn’t want to leave, T&T. There’s something very special here, it’s a real magical mix of unique ingredients. The culture, the nature, the weather, the location, the celebrations, the people. There’s no place like this in the world. I really love it!

FILMCO: What are three things that you think are necessary to continue to build a sustainable film and television industry in the Caribbean?
MG: Hard question, I don’t have an answer. Things keep changing and probably some things are not going to be like before anymore. But changes can be positive if we adapt to them. Getting funds to make a film might be harder than before but filming today has become much more accessible and cheaper. If you have access to a smartphone and a laptop, you can make a film and you also can share it to the world.

FILMCO: What projects are you currently working on? What can we look forward to seeing from you soon?
MG: I hope you see a lot of photos. That’s my real passion in this point of my life. I don’t have the time or the need to spend so much energy on films. I got a life; I found my love; I enjoy spending time with her, and I found peace. To work so hard to make films is not my priority anymore. I think I will always work with cameras and look at the world across my lenses but with a different peace.

I’m now very focused on our photo/video production company, T&T Rocks. We are currently finishing two commercials, a Carnival after-movie for BLISS and a music video for ‘Feel the Love’ (Freetown). I’m also editing a new documentary, a personal project that I hope to finish in 2022. And when I have the chance, I force myself to walk the streets with my camera looking for magic. I recommend that everyone try street photography!