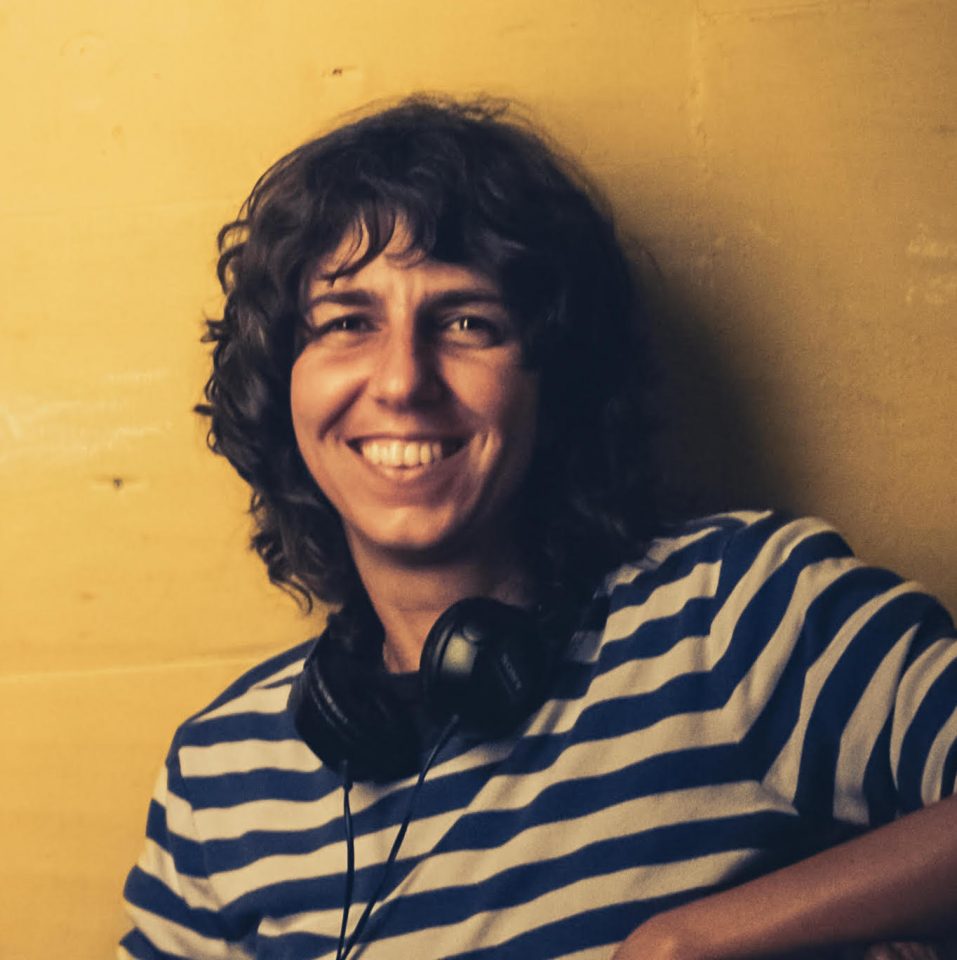 Maria Govan fell in love with “set life” when she was just 15 years old. The passionate and award-winning director from the Bahamas knew she wanted to be a filmmaker from early on in her life. She is the first Bahamian filmmaker to direct an episode of an “international mainstream television show” (Eyewitness News) and is committed to telling the stories of those who are often seen as outsiders in society among other narratives. We asked Maria to pen her thoughts on filmmaking, her work and her journey thus far for this edition of our “12 Questions” interview series.

FILMCO: Can you tell us about your journey to become a filmmaker? Where did it start for you and what first drew you to film?
Maria Govan: It was always a dream of mine, since I was a very young child practicing my Oscar acceptance speech alone in my room. My parents really loved films and introduced me to their favorites from early on. My first job was working as a production assistant on the set of “Joker’s Wild” when I was a mere fifteen years old. I loved set life and from that point on worked on any and everything that came to the Bahamas. I moved to Los Angeles in 1996 and worked there on film sets for a couple of years.

FILMCO: What stories are you personally drawn to?
MG: I see certain themes in my work – those trying to find their voice and stand up for themselves — typically outsiders of a kind, underdogs. My work tends to look at the shadow of the human psyche. There are grandmothers present as my grandmother played a huge role in my life while she was here with us. She lived in our home and so was a part of my daily experience.

FILMCO: Tell us about your time living in Los Angeles. How do you believe that time contributed to the development of your career and your voice as a director?
MG: Living in Los Angeles was incredibly helpful to me, namely because any opportunity to be on a film or television set is so worthwhile. I learned so much from my production assistant days, as PAs communicate with everyone on a film set and so one really understands roles and the timing of things – how problems are solved and everything is managed. It was invaluable!  Los Angeles particularly gave me a greater scope of the business – I built relationships then that have served me in recent times. This business is all about relationships – personal that become professional. My managers often say that the greatest loss about not living in LA at this time is that I am not forging new relationships socially that might help me professionally.

FILMCO: You’ve spoken about the close relationship you have with your home, The Bahamas. Can you tell us how this has inspired you in your work?
MG: The Bahamas is a unique and misunderstood place and I feel compelled to dissolve stereotypes about my home with my work. I spent a decade making documentaries here that took me into spaces I had never encountered – some very hard places here but it was enriching and really important to glimpse and better understand the experience of this place.

FILMCO: How did the story of “Rain”, your first narrative feature film, come about?
MG: It was inspired by a subject in a documentary that I made about HIV and AIDS in the Bahamas. Her name was Glass. She was HIV positive and crack-addicted and trying to raise her children in a base house. She and I spent many years together before she died. “Rain” has elements of her life. Sadly it is not an unusual story here – that of children being brought up in very unhealthy spaces as a result of drug-addicted parents.

FILMCO: Your second feature, “Play The Devil”, was filmed entirely in Trinidad in 2015. What drove your decision to make the film here, and how was that experience for you professionally and personally?
MG: I received an art grant from the D’Aguilar Foundation here in Nassau to travel to Trinidad and look at traditional mas, as I had in 2000 made a documentary about our Junkanoo carnival. I stayed with Abigail Hadeed who has long documented your traditional mas and she really shared so much with me. I saw such incredible things and met such talented and inspiring people!  When she took me to Paramin on Monday night to see the Blue Devils, I was blown away.  “I want to tell the story of a boy who plays the devil.” I said as we drove home that night and that was the seed planted.  There is a lot of me in that film. My being a queer filmmaker in the Caribbean space certainly lives in that work and so much of Abigail’s world exists in that film – Balandra, the bird whistling competitions she shared with me, the photographic element is Abigail.  She inspired that film and it is really because of her that it even exists.  I simply got quiet and did my best to listen to what wished to emerge.

FILMCO: How do you feel about filmmaking in the Caribbean- specifically making feature films? Do you think we have the infrastructure (including financing and human resources) here to do this well, or is there a lack of some resources?
MG: I think it’s very hard. I wish I could say differently but we don’t have access to many of the bigger grants from other countries and so we must raise our own private equity which is challenging and usually means making work with small budgets.  The initiative that Carla Foderingham and FilmTT put in place to finance some smaller indigenous films out of T&T was so incredible!  It allowed us to present our work on the world stage and really contribute to the global conversation of creative voices using this medium to expose universal themes but in specific spaces.  I really commend those who empowered that initiative and greatly thank them!

FILMCO: Can you tell us about your television directorial debut with Ava DuVernay’s American drama series “Queen Sugar”? How was that experience for you, and can you describe for us the differences you encountered in directing for television as opposed to for film?
MG: It was incredible. It happened in tandem with a great loss of someone I loved deeply and a lot of heartbreak so it was a profound experience on many levels. Ava is a visionary and one of the most influential people in the industry. She’s a force and I feel honored to have been a part of her shifting and opening up the landscape of what was a very closed industry.  Though the pressure is immense in television to make one’s days and our schedules were very challenging, it is very different to work with the very best crew and gear – it elevates everything.  Making small local work is amazing in that it is home and the fact that we are sharing our deep hearts and intimate spaces with the world is just such an important thing to do as filmmakers, but practically speaking our gear and talent is limited and that presents its unique challenges.

FILMCO: Do you think the mainstream film and television industry is changing in terms of being more open to filmmakers of colour and other minority groups?
MG: Yes!  I see a massive shift thanks to Ava and others like her.

FILMCO: What are your filmmaking plans for the near future?
MG: I have a limited series I am taking to market as well as a crime drama pilot and a film idea set in the Bahamas that I hope to soon pitch! And I would love to keep directing TV.

FILMCO: What do you think we have here in the Caribbean that is a treasure when it comes to filmmaking?
MG: I think we have our unique stories, characters and spaces.  We are rich with history, music, texture and color and so much more!  Only we can tell our stories, so I encourage those of you here in the region to do that!  Tell your stories.

FILMCO: What is your advice to new and emerging filmmakers in terms of developing their voice and style and producing good work?
MG: Make work that is close to you and make simpler films to start with – be smart and work with your limitations – if money is limited, write something simple but engaging.  We have to step into so many roles as independent Caribbean filmmakers – writer, director and producer –  think like all of them and make the work that you would love to watch. Make the work that moves you!  Don’t worry about the market – write from your deepest passion. A mentor of mine not long ago said to me “tell the stories that only you can tell.”  I echo that!