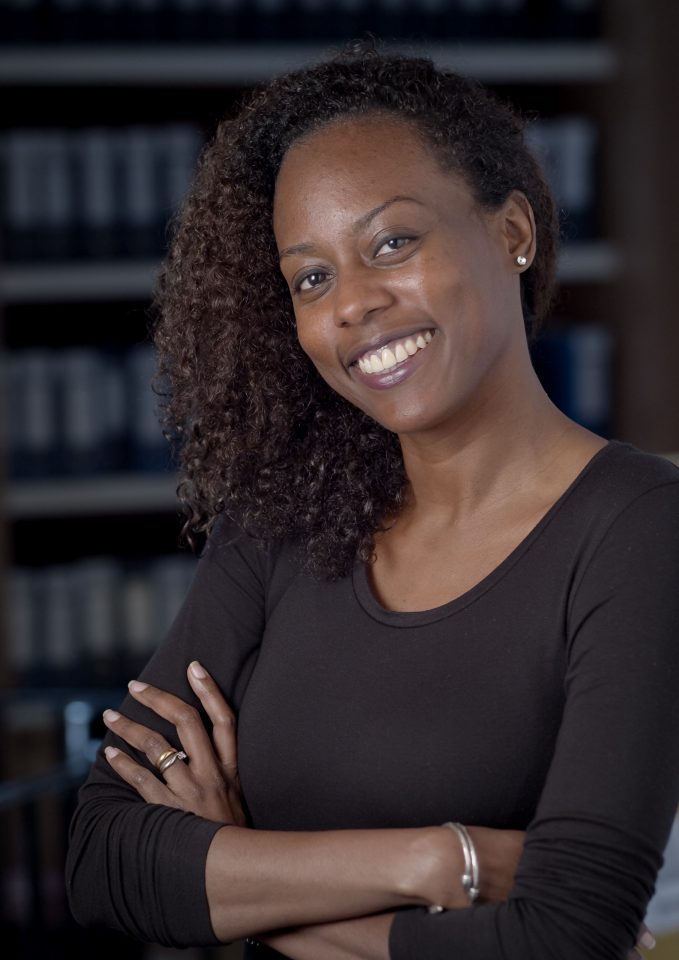 Producer Lesley-Anne Macfarlane is one of the founding members of FILMCO. Determined to change the ecosystem for film and television practitioners in Trinidad & Tobago, Lesley-Anne co-founded FILMCO in 2017 with Dion Boucaud, Danielle Dieffenthaller, and Mariel Brown, and is as passionate now about the art and business of filmmaking as she was four years ago when the organisation was formed. Lesley-Anne shares her experiences and thoughts with us for the April edition of our 12 Questions interview series.

FILMCO: Tell us about your career path and how you started working in film.
Lesley-Anne Macfarlane: From my teenage years, I was attracted to a career in the arts but was unsure of what exactly I wanted to do (or how it was possible to make a living from it!). At school, I remember writing stories with my 2 closest friends about us as adults and what our careers would be like. In them, I always had a career that involved organising artists of some type. I started on my career path by doing an undergraduate degree in Visual Arts and then furthered my education with an MA in Culture, Policy and Management. After university, I knew that I required work experience and so undertook several internships and voluntary positions in various arts sectors including working with an artist’s studio and collective, a carnival arts organisation and a museum. Subsequently, I ended up working for a touring theatre company as an Arts Administrator. It was at this point that I became interested in film. My husband, a director, needed some production assistance on a music video shoot and roped me in. After this, I was hooked and started regularly helping out. Soon enough, I was freelancing part-time on small productions and then we created our first short film together.

FILMCO: What drew you to producing as opposed to another role in the industry?
LAM: I think many of the skill sets needed for producing match my strengths, of which, planning and organisation are two major ones. As far back as I can remember, I’ve been a planner – systems and organisation are my jam! Because of this, I was drawn to production when I began to work in film. I enjoy the challenges that the role brings and over the years, I have learnt a lot and continue to develop and hone my skills needed for producing.

FILMCO: In 2017, you co-founded FILMCO along with Dion Boucaud, Danielle Dieffenthaller and Mariel Brown. Can you tell us how that idea was born and why?
LAM: The founders of FILMCO are all practitioners in the film industry and we were becoming increasingly frustrated by the lack of a sustainable ecosystem. Our focus then was the lack of support from local TV stations in airing local content with little to no remuneration. Additionally, we felt there wasn’t a space for filmmakers to regularly network and few opportunities to receive training to focus on self-improvement. In 2017, we made the decision to work together to make the changes that we wanted for our industry. From there, FILMCO has developed steadily. Over the past four years, we’ve lobbied to get local and regional content on the air, making sure that content producers got paid for their work. We’ve also been hosting regular training and networking events, supporting our membership, distributing content and now managing the trinidad+tobago film festival. I think the journey has just begun and I really look forward to continuing to see our industry flourish.

FILMCO: As a producer, can you describe your process in working with directors for us?
LAM: On most films I work with a writer/director, however, my process is very similar whether they have a dual role or have the sole role of director. Generally, I will read the various versions of the script and give feedback. I have regular discussions with the director not just about budgetary concerns but about the type of film being produced and what we are trying to achieve. With each iteration during this developmental stage, the film develops and improves. Once filmed, I watch edits and give feedback. I try not to become overly involved in this process, as I believe some distance from the day to day minutiae allows me to be more objective. Someone being objective throughout the edit process is essential as it is very easy to become attached to certain things that may not serve the film.

FILMCO: You’ve line-produced for films and commercials for several years now. What gives you the greatest joy in this role and what have you found are the greatest challenges?
LAM: My greatest joy when producing is to see something evolve from as abstract as a concept to a script and then finally on screen. It’s a fulfilling feeling knowing that the work of so many people focused on figuring out all the various parts of a creative puzzle can all create something together. The greatest challenge for me, and I am sure many others, is funding – not only to create a great piece of work, but also be a responsible producer in the process. There are several avenues to fund a film, but it is by no means an easy task. Many independent films are created using the smallest budgets possible and so often, the creative vision is compromised alongside the fair treatment of the cast and filmmakers involved. Wages, expenses and even meals are line items that are slashed and sometimes gotten rid of altogether. I personally aim for sustainability – that delicate balance between the cash register and the creative. It is a dance that we all must learn.

FILMCO: Can you describe your experiences line-producing films in other countries such as with “HERO” and “Immune”?
LAM: Working in other countries is both challenging and rewarding. There is the opportunity to meet people from all walks of life, engage in other cultures and learn from them. When working within your own country, it’s easy to overlook just how much knowledge of the systems and culture you take for granted. From my experience when working overseas it is imperative to find and connect with key persons as quickly as possible to help facilitate making the film a reality. The scope of “Immune” and “HERO” were very different – “Immune” as a short, being filmed only in the UK and “HERO”, a feature, filmed in Trinidad, UK and Ghana (and later Canada). I would say that on both productions, we found and worked with some incredibly supportive people, persons that got behind the vision of the film, opening doors where we could not.

FILMCO: Do you have a preference between producing commercials and films? And if yes, why?
LAM: I think if I had to choose between producing films and commercials, I’d choose film. Working on a film is usually a much longer period than a commercial. This generally gives me a better opportunity to get to know the team much more than I would on a commercial where the production time is limited. Also, as I live with a film project a lot longer, I tend to feel more creatively involved in the process.

FILMCO: Are you presently working on any film projects? Can you tell us about those?
LAM: I am currently in production on two projects, a short and a feature with others in the early stages of development. The short film, “Not Now, Never Now”, is filmed in Trinidad and is a magical realist family drama about loss and longing. It is different from other films that I’ve worked on in the past, as there is a great deal of VFX. This has meant understanding new processes in addition to the traditional filming process. Currently we are in post-production and will hopefully be on the festival circuit later this year. Additionally, this year I’ll be producing my first feature film. I am working with a UK based social enterprise called Resource Productions to produce a film that will also encompass a training project. I’m really excited about creating this, as the focus is to not only tell a great story, but to also give opportunities to persons both in front of and behind the camera. It will be an opportunity for several young people to receive training and mentorship while being employed and getting valuable on set experience. It is also an opportunity for heads of department that are facing barriers to get to the next level of their careers.

FILMCO: What do you think is needed to strengthen the audio-visual industry here in Trinidad and Tobago?
LAM: We produce some great work in Trinidad and Tobago, however, there is a missing link in the pipeline. Funding and distribution are the major hurdles for many local films. A key part to play in this I believe, is the lack of data available with regards to local content. We know that there is an appetite for this, however local and regional content are hardly seen on our cinema screens and on our televisions. When they are screened, the financial and audience data is usually not shared. Without data, it is difficult to make a case for future funding opportunities. Data is an imperative missing link in letting the funders and distributors know that there is an audience and inherent value in our content.

FILMCO: How have you seen the filmmaking landscape change as a result of COVID-19?
LAM: I think the distribution aspect of the filmmaking landscape has been the most affected by COVID-19. Traditional outlets like cinemas have suffered massively as a result of extended closures and broadcast mediums relying on commercial revenue have also suffered during this difficult period. The streaming platforms however have bloomed into the major players in our content consumption. As a result of this, online distribution is now an integral part of the distribution model and definitely can not be an afterthought.

FILMCO: Having lived and worked in both Trinidad and the UK, what advice would you give to early-career filmmakers insofar as getting their work seen?
LAM: Many advocate for the tried and tested routes but I would say that there is no ‘correct way’ to get your work seen – every filmmaker and every piece of work has a different path. I think what is imperative is an understanding of who is your audience and where you can reach them with your content. Experimentation plays a big part in this. Don’t be afraid to utilise untested routes and technology.