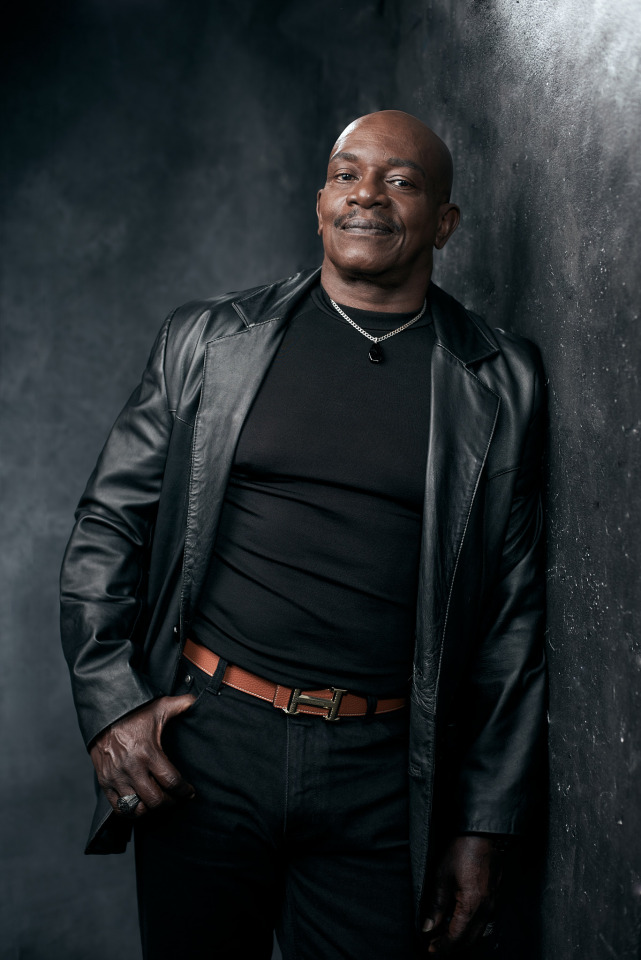 Garth St. Clair is a multi-disciplinary artist: a radio talk show host, performing and recording artist and film producer. His film Trafficked has been featured at 20 film festivals in the Caribbean, Europe, North and Central America, earning critical acclaim and winning three international awards to date. In this interview, Garth tells us about his baptism of fire into the film industry and all the limitless rewards.

FILMCO: Could you tell us about your favourite Caribbean film and why?

Garth St. Clair: My favorite Caribbean film is none other than “Cool Runnings”. I just love a challenge, and this film proved beyond a doubt that it does not matter what challenges one may face, determination to succeed must take precedence. The fact that Jamaica never experienced a flake of snow, but these young men did not let that stop them. The icing on the cake was physically taking up the bobsled and walking it over the finish line. That was priceless. That’s me right there.

FILMCO: You have been quite open about your own issues with substance abuse. Why/when did you decide to tell your story as well as those of others?

GSC: Upon my release from prison and totally disappointed in myself, I decided to embark on a journey to learn why didn’t say no! I wanted to find out why so many talented sailors and soldiers and later on sportsmen, musicians and the like continued to fall victim to this little but deadly piece of rock. I embarked on a study of addiction; how and why it happens. This is how our radio programme, Eye on Dependency , was born. I started by telling my story and invited others who were willing to do the same. I just wanted people to know that all addicts are not bad people and that there is a beginning to each and every story.

FILMCO: As you say, through that experience, your radio show, Eye on Dependency came about. It’s now been running for 19 years. How has the show and your relationship with it changed since it began?

GSC: Eye on Dependency has grown by leaps and bounds over the years. This programme began in 2002, a time when the world was leaning towards the idea that substance abuse was not just a moral deficiency but a health issue as well. Natasha and I continued to share information on substance abuse and related ills. This included the effects on the family and community. Then in 2009, we heard about two Tobago nationals who were extradited to the UK for conspiracy to traffic cocaine. We contacted the British High Commission for support to travel to London to interview one of the men, Owen Alfred. With that support, we were able to take the programme to a whole new level in terms of our production values. We followed up with a series of programmes based on interviews with female nationals who were arrested and charged for attempting to traffic drugs into the UK.

FILMCO: What made you decide to tell these stories on film?

GSC: There was one particular story that we got on one of our many trips to London. Though vague on details, it was so painful that we decided to convert it to film. The standard treatment would have focused on audio but we felt the story should be told visually. We wanted people to see and feel the pain and dangers associated with drug trafficking. We also wanted to ensure the perspective was a Caribbean one, that our people could relate to and identify with.

FILMCO: ‘Trafficked’ and your radio show explore some pretty heavy topics. Have you ever felt nervous to share others’ experiences? How do you approach your subjects to ensure that they are comfortable with their truth being forefront?

GSC: Sharing people’s stories would not be possible without being able to build a level of trust in potential interviewees. I use my life story as an example and that reassures the interviewee that their story will be treated with utmost care and respect, with the only intention being to have others learn from their experiences. One of Eye on Dependency‘s taglines is “Where every life is a biography”. This approach helps to build confidence in the interviewee to relate his/her story in a proper sequence that the audience can follow step-by-step. We also insist on honesty and openness above all, in order to elicit empathy from the audience.

FILMCO: Who or what have been some of your biggest influences in film/ television in Trinidad and Tobago, and why?

GSC: My wife and I are lovers of film and television. In addition to the outstanding foreign productions like ‘The Wire’, we would spend hours enjoying television oldies like ‘Calabash Alley’, ‘Turn of the Tide’, ‘No Boundaries’, Westwood Park. There were a few locally produced films such as ‘Home Again’, ‘Green Days by the River’ and ‘Sally’s Way‘ that convinced us this venture into film could be impactful and memorable. The efforts of local filmmakers were very influential in our decision to jump in head first to the medium.

FILMCO: ‘Trafficked’ has screened at 20 film festivals all over the world winning numerous awards as well: what was that experience like and how has it affected the work you have done since or the work you want to do in the future?

GSC: The experience of seeing ‘Trafficked’ screened in various parts of the world was truly amazing and the response from the audience was priceless! One thing featured prominently at all screenings both here and abroad. At the end of each screening, the audience would sit and just stare at the screen in disbelief and only speak way into the credits. We were more than satisfied that ‘Trafficked’ had accomplished exactly what we intended it to. The big highlight for us was at a screening in Brooklyn. Imagine, ‘Trafficked’ is sharing a marquee alongside major Hollywood movies like ‘Miles Ahead’ and ‘Green Room’! It was just surreal!

FILMCO: What would you say has been the most rewarding thing you have experienced so far on your journey as a filmmaker?

GSC: The rewards are too numerous to mention. The reaction from every audience where ‘Trafficked’ was screened was the same. Shock, reality check, wake up call – were some of the responses and feedback we received. This is exactly what we wanted to achieve from this film as a teaching tool. Secondly, the Counter Trafficking Unit, Ministry of National Security, employed ‘Trafficked’ as a teaching tool for law enforcement and for citizens, in schools and communities to identify the Act, Means and Purpose of drug and human trafficking. The icing on the cake was acknowledgment from the US State Department’s Trafficking in Persons Report 2017 where ‘Trafficked’ was identified as one of the tools used by the CTU to assist Trinidad and Tobago to elevate to Tier 2 on the Trafficking in Persons watchlist. The bonus is knowing that our first venture into film, stressful though it was, captured the imagination of so many.

FILMCO: Since entering the film industry, what have you learned and what advice would you give someone venturing into their first project?

GSC: Our entrance into the film industry was a baptism of fire. I would advise to never be too hasty to get started, do your due diligence before choosing the creatives – producer, director, etc. – in whose hands you place your project. Trust yes, don’t let others make decisions for you. Do not ignore red flags! Have all your funding up front before anything gets started. Learn everything about the industry, seek legal advice before signing or agreeing to anything. You must establish who is in charge, especially as an executive producer. And most importantly, copyright, patent and have a contract signed before anything happens.

FILMCO: Could you tell us a bit about what you are currently working on or what we can hope to see from you in the future?

GSC: Eye on Dependency is currently in pre-production on another project for TV, another educational piece on human trafficking in Trinidad and Tobago. It is again based on a true story and we are very excited and proud to partner with the Counter Trafficking Unit to bring an amazing story to the small screen.

We continue our work on radio every week, which we broadcast simultaneously on Facebook and YouTube. We are exploring the possibility of moving the entire operation online by the time Eye on Dependency hits 20 years… so stay tuned for that!

FILMCO: What have been some of the challenges you have faced in your creative projects and how did you overcome them?

GSC: Coming up with project ideas is very easy, it’s the financial support where the challenges lie. Although there are incentives within the film industry to support local filmmakers, it seems to favour some over others. This is based on our experience producing ‘Trafficked’. We were fortunate on that occasion to receive sponsorship from several Ministries and corporate entities, that method is difficult to sustain. To get over that hurdle, we decided not to come up with a project yearly, which gives the intended support some time to breath and recover from the last spend. The tax breaks of up to TT$5 million, while attractive, seem not to convince funders to release the kind of investment most filmmakers are seeking.

FILMCO: What do you think are the three things we need to be able to build a sustainable film and television industry here in Trinidad and Tobago?

GSC: To build a sustainable film industry, I think we should first begin aggressively selling Trinidad and Tobago to the world as a filmmaking destination. A carefully-planned and sustained marketing campaign may draw big name Hollywood film producers to our shores. The foreign exchange influx would be staggering, taking into consideration the millions spent on producing blockbuster films. T&T should invest in a soundstage, along with other physical infrastructure, to make the destination more attractive. We already have the creative human resource to satisfy regional and international needs, why not provide a boost to the industry in this way?

To find out more about Garth St. Clair CLICK HERE