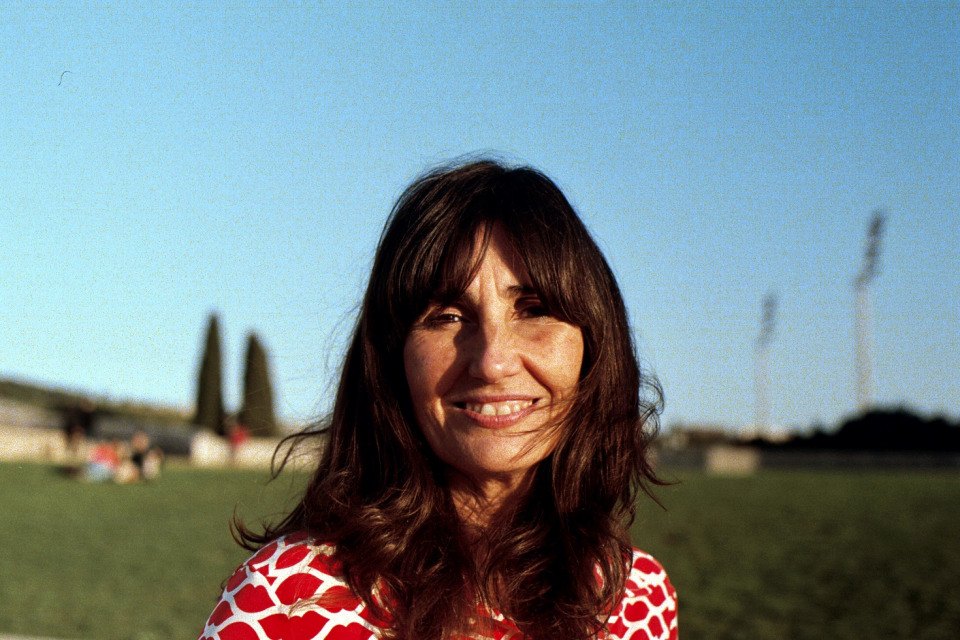 Multi-awarded, British-Spanish documentary filmmaker, Amanda Sans Pantling always knew she was a storyteller but it was her years of experience as a journalist, travelling the world covering international conflicts that helped shape her into the filmmaker she is today. Amanda has written and directed more than a dozen feature films and many other documentaries for television and digital platforms. She has shot in more than 60 countries and speaks five languages. From her “love story with Jamaica” to spending ten years documenting the lives of newborns from different continents, it is clear that this creative is passionate about all her work and makes it a point to tell stories from new and interesting angles.

FILMCO: You began your career in journalism. What drew you to that career?
Amanda Sans Pantling: When I finished school, it was clear to me that my two passions were, on the one hand, telling stories, and on the other, photography and cinema. At that time there were no film schools in Barcelona, so when choosing my university studies I went for journalism because I thought it would be a very useful tool to learn to narrate and get in touch with the audiovisual world.

FILMCO: What was the most important lesson you learned as a journalist?
ASP: I would say there are three: research, research and research, listen a lot to your characters and explore all sides of a story. There are always different points of view from which to explain something, and I learned that from years of telling hundreds of stories in print or on television. These are the aspects that have helped me a lot to create stories as a  documentary filmmaker.

FILMCO: What inspired you to change careers to become a documentary filmmaker?
ASP: I never experienced it as a career change but as a natural evolution. What happened to me is that, despite enjoying what I was doing a lot, I felt that the “rules” of journalism, when it came to reporting, restricted me. I needed more freedom, to be able to break with any convention and express myself however I wanted. I had worked a lot on the reportage genre and, somehow, my next step had to be the documentary. So I stopped with everything I was doing at that time and I was trained in the ‘Master in Creation Documentary’ at UPF, which is a benchmark in Spain and where I got in touch with the entire profession.

FILMCO: What are the similarities and differences between being a journalist and a documentary filmmaker?
ASP: The difference is a bit what I was telling you just now. Total freedom to express yourself,  beyond any convention. And also the timeframe. In journalism, everything is fast, ephemeral.  In documentary, everything takes a long time, we normally work on long-term projects, the work with characters is deeper. As for the similarities, it depends a bit on the style of each filmmaker. There are directors who do impressive investigative journalistic works and when it comes to bringing them to the screen, they use a language closer to reporting. On the other hand, there are others who, even carrying out an investigation, use a much more cinematographic language.

FILMCO: Could you ever see yourself exploring narrative, fictional filmmaking?

ASP: If you had asked me this question a few years ago, I would have answered no. However,  now I say yes, I´d really love to. We are in a golden moment of documentary and the borders between fiction and documentary are increasingly blurred, hybrid genres have been born that allows us to explain stories using all the narrative and visual resources that are necessary. It is very interesting. I have just shot a road movie with natural actors with a  fictional script but with a documentary approach and it has been a fascinating process. In this sense, I have a lot to learn and I really want to get closer and closer to fiction.

FILMCO: Is there one particular human motivation, emotion or desire you are more particularly drawn to explore?
ASP: The human being is full of doubts and contradictions. Any emotion about it interests me. I  am also especially attracted to stories of people living in the margins of society.

FILMCO: Can you tell us about your favourite project to work on, to date?  ASP: “Songs of Redemption” is a very special film to me. It was my first long-length film, it was my first film in Jamaica, it was about music and second chances, which is a great combination to explore, and I had a great experience shooting it and fell in love with Jamaica. I´m still in touch with some of the characters. So I could say it´s a film that marks the beginning of my love story with Jamaica. It´s a country so full of rich stories, I love it.

Still from “Songs of Redemption”

FILMCO: Of all the projects you’ve worked on, which one has taught you the most about the human condition and what has it taught you?
ASP: The chapters of the documentary series “Una Vida Por Delante” that ended up becoming the documentary “Fragile” is one of the saddest and crudest works of my life. In 2005 I shot the birth of 4 babies in 4 countries on 4 continents and, together with two other directors, we have followed their lives for 10 years. The results of each story are very different and not always good. Here I understood the cruelty and the enormous injustice of how the place where you are born determines your life and the irresponsibility and hypocrisy of so many governments in the world, who abandon their people to their fate. It is indecent and immoral.

FILMCO: You have experience working on corporate projects for large brands and institutions. How does a documentary filmmaker balance authenticity with a commercial appeal?
ASP: You have to use honesty. The viewer, the public, is not stupid and knows how to differentiate perfectly between a good story, an authentic story, and an advertising product. When I am commissioned with a branded content format, I have to do a lot of pedagogy with brands and agencies so that they understand that in the long term it benefits them much more to tell honest stories, with which the public can connect. Obviously, it is not always possible, not all the assignments are the same. But when it is possible, it becomes a success. An example in my case is “OSO”, a documentary that I premiered at the San Sebastian International Film Festival about the story of a jewellery brand. I did a very intense job with the jeweller’s family that stars in it. Initially, the film had to address the world of jewellery but when I discovered the family story, which is fascinating, I put a lot of pressure to tell it. And so it happened and it was a success, despite the initial fear of the protagonists. If we had chosen other less risky paths, the film would not be that, a movie, but a corporate video.

FILMCO: What is something you will never forget to prioritize when planning a new project?
ASP: Wow, there are so many things! To begin with, I always want to work with a team I trust and with whom I can create a nice environment on set. I also try to achieve, not always successfully, the maximum possible development time for the story, that is, the research and scriptwriting process. This is an eternal struggle because, although it is a key part of the process, it is not always contemplated in the production design.

FILMCO: If you could sum up your work in one sentence what would you say?
ASP: I think my greatest strength is to find a different point of view from which to explain a story that´s already been told avoiding clichés. I am fascinated by finding a different angle.

FILMCO: What piece of advice would you give to a budding documentary filmmaker?
ASP: Shoot, shoot, shoot. And research as much as you can. The more you know about the story and your characters, the deeper you can go. Oh, and listen a lot. It´s key!