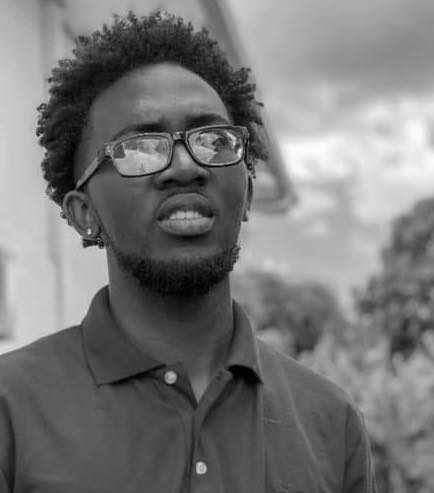 Akkel ‘Lee’ Charles is a young, bright light in our Trinidad & Tobago film industry. Calling his home community of Laventille his “biggest influencer”, Akkel is driven to tell powerful stories that are based on reality exploring different social issues. With a background in acting, Akkel’s journey into film started with a simple idea, his fellow actors, and his smartphone as his camera. A self-confessed optimist who says that he always makes sure “positivity is the centre of my process”, Akkel is our “12 Questions” filmmaker for the May edition of our interview series.

FILMCO: Tell us about the first film you ever made. What story or issue inspired you to pick up the camera?
Akkel ‘Lee’ Charles: My first involvement in film was an episode of a short online series that I eventually continued for 2 seasons with 9 episodes each entitled “Carina and Major”. While I was studying theatre arts, the initial inspiration came from me wanting to move from stage acting to film acting. I had no direct knowledge on where to begin though so I put together an idea, invited some other actors from my class and just began shooting every Wednesday on my iPhone 5c.

FILMCO: As a young filmmaker, what filmmaking resources did you have, or not have, at your disposal, and how did you work around these to make your first couple of films?
ALC: I had no resources other than my phone and ideas in the beginning. I was just pushed by adrenaline, filled with passion and the want to share stories so it never really affected me. When I started the film degree and people began seeing that I was serious about film, I began to earn enough trust to borrow equipment.

FILMCO: What stories interest you, capture your attention, and why do you feel compelled to tell them through film?
ALC: Anything involving true stories, reality and actuality always have my interest. I’d say the biggest influencer of that was growing up in Laventille. It’s one of the rawest realities you can experience, whether good or bad. Nothing is sugar-coated and that’s exactly how I like to tell my stories through film, as realistic as possible.

FILMCO: Your film “Life in Kolour” was the first film you made that was selected for and screened at the trinidad+tobago film festival (ttff) in 2019. Can you tell us about that experience?
ALC: It was an experience that I almost missed because I didn’t see the email that I got selected for the festival until almost 2 weeks after it was sent. I was elated though. Apart from it being the Carifesta edition it was a very unique experience for me. From an iPhone 5c to the big screens of NAPA and SAPA, an unexplainable feeling.

FILMCO: “Get Free!”, your second ttff selection, was in competition for Best Narrative Medium Length and Best Trinidad and Tobago Film in 2020. How do you feel your style and storytelling skills as a director have progressed since your early filmmaking days?
ALC: I think that my style and story-making skills are still a work in progress. It improves by the day and would only improve if I continue making films. I’m nowhere close to where I want to be but I’m alive so that’s the place to be. So once I have life there is always going to be improvement and my film in the ttff 2020 edition was a huge improvement from where I started.

FILMCO: What do you think festivals like our own ttff and others offer to filmmakers in terms of your growth?
ALC: Trinidad and Tobago Film Festival offers a platform for filmmakers to showcase and introduce their work and also creates a means to network and see the work of other filmmakers across the region and by extension the globe.

FILMCO: You’re part of a new generation of filmmakers. Can you describe how you collaborate with your team to achieve your vision? What is your process?
ALC: I tend to collaborate with people who have the want to collaborate. I hope that isn’t too vague of an answer but it’s true. My process is one of knowing the reality of what is available to us and making it work. A problem wouldn’t be a problem if it didn’t have a solution so I always make sure positivity is the centre of my process.

FILMCO: What do you think is one of the greatest challenges for filmmakers here in Trinidad and Tobago and how can we address this?
ALC: I think one of the greatest challenges for filmmakers in Trinidad and Tobago is funding. I won’t say that’s fully based off on the availability of it but more on knowledge of where and how you can get it. I think it can be addressed through simple advertising.

FILMCO: You’ve said that your inspirations are Spike Lee and Stan Lee- hence the “Lee” in your name. Two very different storytellers if you will so can you tell us how each of these creators inspire you?
ALC: Spike Lee’s work most times has to do with reality and social issues and that’s exactly the type of work I want to put out. Stan Lee’s style of work has no limits and that’s exactly what I want to emulate in my style of work. Exactly no limitations, going all out.

FILMCO: How would you describe your work in three words?
ALC: Akkel. Lee. Charles.

FILMCO: What are your filmmaking plans for the near future?
ALC: Just have a consistent flow of content for people to see.