Originally from Nassau Bahamas, Maria spent four years in Los Angeles working in production before returning home to make small guerilla-style, local documentaries of her own. Her first narrative feature film “Rain” was shot in the Bahamas and in 2008 premiered at the Toronto International Film Festival. Maria’s second feature “Play the Devil” was one of three films to be awarded a significant grant from Creative TT and was shot entirely in Trinidad in the spring of 2015. That film was selected for the Caribbean spotlight at Ventana Sur in Buenos Aires, and also Primera Mirada at IFFP (Panama). ‘Play the Devil’ premiered at the Los Angeles Film Festival in June 2016, and has been awarded internationally. In 2018 Govan was hired to direct an episode of “Queen Sugar,” a television show produced by Ava Duvernay and Oprah Winfrey. She is currently in development of TV and film projects, ‘My Life in a Dojo’ and ‘Epiphany’. 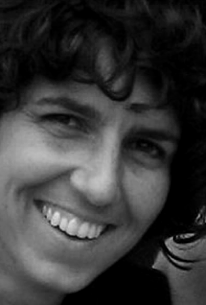