Janine Fung is an award-winning Director. She was born in Trinidad but grew up in Toronto. Both of her two short films, LEFTOVERS and 4 AM were shown at TIFF. Her first feature film, THE DOCTORS DAUGHTER AND THE SECRET AND THE LIE premiered at the San Francisco LGBT International Film Festival and went on to tour the LGBT film festival circuit throughout the world. Her first feature documentary LA GAITA (THE LARA BROTHERS) won Best Feature Documentary and Special Jury Award at the Trinidad and Tobago Film Festival. Fung’s films have been broadcasted on television in Canada and Trinidad. She has participated in numerous film panels, film committees, film festival juries, film boards talking about her work and also in support of the local film community in Toronto. 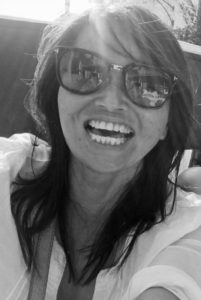