Amanda Sans Pantling is a multi-awarded director and writer of documentary feature films, of British-Spanish nationality known for her visually striking films that deeply explore characters and the complex nature of the human being.

Her last film, “OSO”, was world premiered at the Festival de Cine de San Sebastián 2020. After several years working as a journalist in various media (La Vanguardia, El Periódico, TV3, Telecinco, Barcelona Televisió) and travelling the world covering international conflicts (she was Head of the Press of Office of Médecins Sans Frontières in Spain for 6 years), she took a turn in her career in 2004, training in documentary film and focusing on non-fiction narrative.

Since then, she has written and directed more than a dozen feature films and many other documentaries for television and digital platforms. Her cinema is character driven and has an observational and intimate look, with special interest in cultural and social issues. She also resorts to investigative journalism to address issues that require in-depth analysis but always introduces the dramatic elements of the fictional script. Her most personal brand is the combination of drama and humor in most of her films since she understands that reality and life are like that. Her versatile profile allows her to combine documentary cinema, both nationally and internationally, with the realization of advertising and corporate projects for large brands and institutions. She has shot in more than 60 countries and speaks five languages. 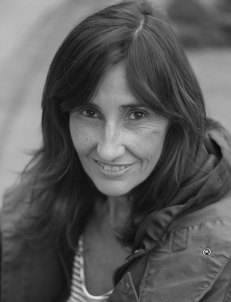