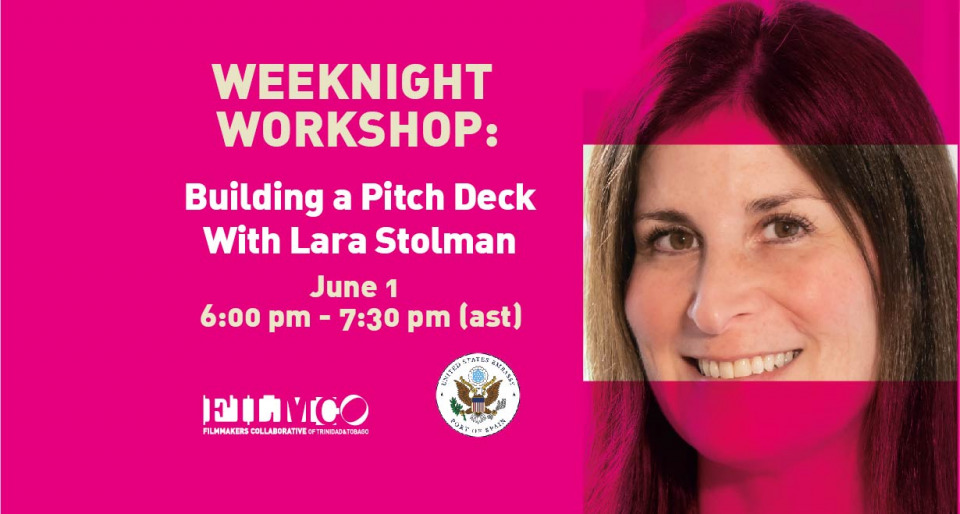 You’ve got your script and your synopsis; you have a sense of who is going to be on your production team, and, if you’re making a narrative film, who your dream cast is! So how do you corral all of these ideas and details into a cohesive document that you can share with possible financiers, sponsors, broadcasters, distributors etc? You create a pitch deck – a well-designed, compelling document that can get key people interested in your project before you’ve shot a frame!

In this two-hour workshop, Director, Producer, and Writer Lara Stolman will break down the key elements needed to create a well-designed pitch deck and demonstrate how this is one of the first communication tools used by the film directors and producers to reach out to potential investors.

Filmmakers are asked to submit pitch decks in advance to assist in facilitating an interactive workshop.

About the Facilitator: Lara Stolman

Lara Stolman is an award-winning director, producer, and writer of film and television. Her work has appeared in cinemas, on Netflix, PBS, NBC, MSNBC, AMC, VH-1, and The New York Times’ website. After over a decade producing long-form documentaries for NBC News and other networks, Lara produced and directed “Swim Team,” an independent feature documentary film chronicling the rise of a competitive swim team made up of diverse teenagers on the autism spectrum. A critically acclaimed film festival favorite, “Swim Team” premiered theatrically at New York’s IFC Center, made its US broadcast debut on PBS’ renowned non-fiction showcase POV and streamed on Netflix. “Swim Team” has won 14 awards including Best Documentary and Best Sports Documentary and has screened live in hundreds of communities in the US and internationally. It is currently available on iTunes, Amazon, and other digital platforms worldwide. Lara has written for HuffPost, Entrepreneur, and others. She appears as a panelist, keynote speaker, and guest teacher on the subjects of disability inclusion, independent filmmaking, documentary production, and independent film distribution. She is part of the US State Department’s film diplomacy program, American Film Showcase, and has traveled as a Film Envoy to Kazakhstan and Albania. Her speaking and teaching engagements have included NYU, Columbia, Comcast, and the Bill and Melinda Gates Foundation. She holds a law degree from Cardozo Law School and a BA from Columbia.